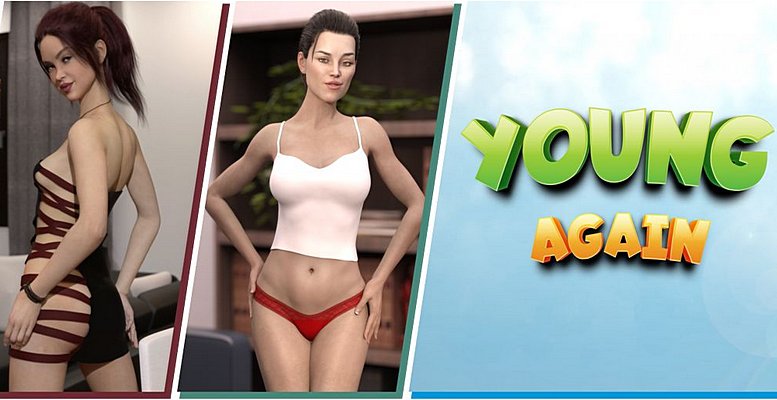 + Changelog
S02 – Ch.1:
Added notifications to the game to inform when a scene in the gallery is unlocked or when a character will remember something important
Fixed a bug with overlapping buttons in Anna’s scene.
Fixed the ending of Anna’s scene
Some variables were defined to avoid problems in the future
The Android version can now be installed as a new game, allowing to have season 1 also installed on the device.

Chapter 10:
Spanish language fully added to the Young Again, you can change language from the settings screen *
Remade a couple of low-res renders from chapter 2
Fixed a bug in chapter 7 that made that even if we refused to have a relationship with Anna, later in the game the relationship continued to progress (this bug has only been found now because nobody had noticed it before. Logical, who can refuse Anna?).
The gallery has been revamped with a different button now to identify scenes that are not yet unlockable (I took this idea from KoGa3 mod, so thanks!).
Fixed more typos from chapter 6 to 9.
Added chapter 10 to the Young Again (biggest chapter so far) , it includes 272 new images and a couple animations.
* Spanish translation only available for Pc, Mac and Android – not compatible with the web version.