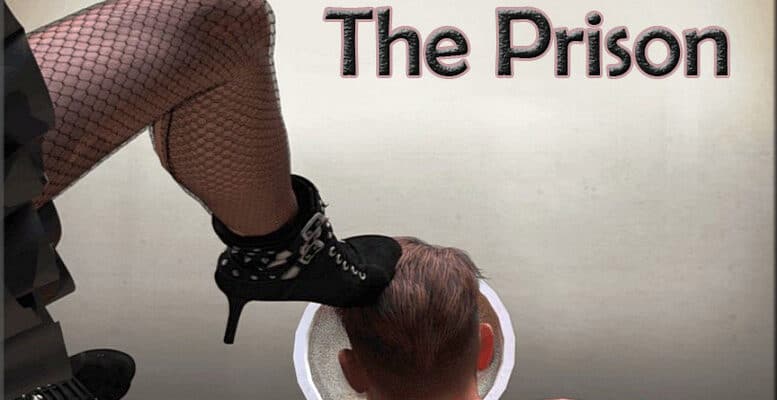 You are a merchant and transport goods for the purpose of selling them in different cities. But one day…​

In The Prison 2 – Never Ending the events are occuring one year after the first game. You are now living a dream life, in spite of previous events that have left scars forever. You’re trying to move forward… Unfortunately, things aren’t really going to go as well as expected…

Sandra:
You have a new quest available with her and the scenes will change depending if you replied submissively or not

Divers:
The Orb world is updated with the new scenes

The Prison 2 v0.78
What’s new in this version:
~178 New rendered pictures
– 3 Secret pictures added (It’s works with a new game only… Or you can use my save)

Easter Event 2022:
– A new event specially created for that occasion. You can access this event by teleporting using the portal in the room before you enter the virtual world. You will meet Bunny Madison and you will have to help her to restore the stability of this place by playing some mini games. You will have the choice between scenes where you will be submissive to her or you can be dominant.

Divers :
– The orb world/replay room got updated with all the scenes of this event plus the ones from the previous update with the 3rd fight at the tournament. You can replay fight and sex scenes
– Nerf of Felina fight. She has now 2200 HP instead of 2500. 34ATK/DEF instead of 35

Main Story Continue with the third fight at the tournament: Felina

– 3 Submissive scenes if you lost or submit during the fight.

– 2 Different punishment scenes when you are captured during the fight.

– There is already a sex scene rendered and in game but I want to make it available after a next update. (I will probably add options to become a slave for life or dominant for life with specific girls which mean you will get an end with after end scenes)

– 3 Secret scenes after the fight

A save is already there. Don’t forget you can use the cheat tool to change your nickname etc… (It’s already in the inventory)

I really wait your comments on that version and mostly about the after fight. The fight is not easy but I was able to beat her with some challenge with my save attached and I don’t have the best stuff

Event Story : Christmas 2020 extended for 2021
You can now talk again to Lady Maria and see what kind of surprise she has for you.

There in total 4 Scenes:
– 2 with Lady Maria
– 1 with Ava (Contain NTR but you can choose Scarlett option if you don’t want to see it)
– 1 with Scarlett

As you can see, this is a continuation of last year’s Halloween event. Meet Queen Demona again if you dare. You may get treats but also tricks. This event is only focused on the submissive path.
– There is in total 6 Scenes. One can be skipped due to some Futa content (I wanted to please everyone so I added one for those who like it)

What’s new in this version:

Main Story Continue with the second fight at the tournament:

– 4 Different punishment scenes when you are captured during the fight.

– 3 Dominant scenes if you win the fight.

– 2 Submissive scenes if you lost or submit during the fight.

This is an event that should have been released this summer but was postponed. There is 5 Characters in the event 2021.

– Ava : Depending of the relationship you had with her you will get 2 submissive scenes or 2 Lover Scenes

– Summer : (Unique summer event character) 1 Submissive and 1 Dominant scene depending of your choices

– Alixa : (Unique summer event character) 1 Submissive and 1 Dominant scene depending of your choices

– Nerfed the fight with Xanna. She has now 1350 HP and does less damage.

– Buffed the skill Minor Slicing Art. The skill do more damage than before.

Important Information about the tournament:

– Don’t forget there is a shop managed by an old “Friend” Amalda. You can buy HP Potions, Dispel Herbs(To counter poison), Mana potions and a light Armor, Shield, Hat. This is really helpful.

– There is drops you can get while fighting girls and include unique drops such:

Fighter of the goddesses 1

Fighter of the goddesses 2

The Prison 2 v0.55:
There are still some places left for the text but there is a lot of scenes and renders.

Secondary Quests Continue:
Avery :
I know I said I would do a part for Avery and normally victoria but I ended up doing more than I intended to do for avery and I think I also pleased those who were waiting for something with victoria as she is also present.
You have to talk to Avery in order to initiate the ending. Some scenes are locked to some criteria. There is in total
7 Scenes with Avery (No conditions)
1 Scene with One Female Fighter girl who do an apparition in this ending (You can have this scene if you defeated her in the virtual world. This can be extended a little bit you defeated the other one as well)
2 Scenes with the Second Female Fighter girl. (To unlock the scenes you should have defeated her)
2 Scenes with Janna. (To unlock the scenes you should have first defeated her)
1 Scene with Victoria (To unlock it you have to unlock the cuckold route first)
1 Scene with Zia (No conditions)
This is in total 14 Scenes!

Divers:
– Orb World got updated with all new scenes and without conditions !

The fight could be difficult but you can buy equipment, drop equipment on opponents (Even Janna give XP and some items) I suggest you to try the fight after reaching the level 3

Secondary Quests Continue
Zia :
– 1st Ending with Zia (Love Scene) – Talk to her to initiate it

Event in a tent (Virtual World):
– 3 Scenes there. Enter the tent located in the virtual world and choose between 2 submissive scenes or 1 dominant scene.

Divers:
– Orb World got updated with all new scenes
So, what’s new:

Penelope :
– You can initiate a sub or dom quest with Penelope. (1 scene each)
– Then, there is a lot of things to do as a sub for her. Work at her shop doing stuff and generate random events (With your girlfriend, with Madison and a big serie of events with Nora (I got this idea lately and wanted to implement it (More than 104 renders just for that part

What’s coming in the 2nd part
– 420 Rendered pictures in total
– 2nd Ending with Zia (Love Scene)
– First fight at the tournament and few events you could unlock in this new area.

Scarlett
You have the possibility to redefine the choices you made previously just before reaching the scene. I did that for several reasons but the most important are the fact you can now access directly the scenes without thinking about what kind of choice you have to do in order to get this scene or this scene. It’s also useful for people you want to watch different scenes/branches without redoing “everything”. This is kind of a taste of what will be available in version 0.4 (Replay Room = Watch and Rewatch the scenes you wants)

Ava
Same as above. You can redefine the choices.

The rest of the story will unfortunately unfold quickly but the reason why it takes time is mainly the number of paths, options that I also have to design to remain consistent with my choices I made first during the creation of the game.

A save of the game is available at (Slot 1) and will directly brings you to the continuation of the story.

Regarding this and if you didn’t want to redo everything every time, the problem was the name of the character. That’s why the next feature will be useful for some of you.

New feature in The Prison 2:

Secret Tool (It cost 200$ at the shop and it’s in fact a cheat tool. This has a Patreon section and a non Patreon one
All users can use the : Change my nickname feature (Basically you can rename your character which is useful if you are using my saved slot)

Secondary Quests Continue (Stripclub) : This is going to be the last update for these 2 secondary characters. (Luna and Nora) In this update you will get with them:

1 New Strip Club scene (You will have to run it twice to get access to the private show)
1 Private Show she will start to suck your cock and then adding 2 different options:

Changes
Secret pictures can now be found more easily. They are all indicated with a star effect in the area you need to search for.

The continuation of what happened previously (It’s happening at the police station) There is a sub and dom choice that will have an impact in the future. (There is no sex scene there)
The introduction of the sin tournament. This is really just an example of the fighting system with the first girl to fight. There is no sex scenes. Just somes customized skills with pictures, possibility to submit to the girl when you down her hp below 50% etc.. I will add in the future, more skills, shop system, training system, more events during the battle, different endings (If you win, lose, submit etc…) and more girls to fight. Each battle should give more details/informations about the story. You will have to report it to the Police Girl and depending if you are sub or dom the events will be different.

Secondary Quests Continue :
A new scene with Zia and the slave route.
A big new scene with Madison, the jewel shop girl. What will happen if you visit her knowing what all happened previously ? Two submissive events and one dominant.
A big update for Avery the colleague of Zia at the Garage. You will have up to 5 events with her. 3 Submissive and 2 Dominant ones. (I just haven’t finished implementing the text yet)