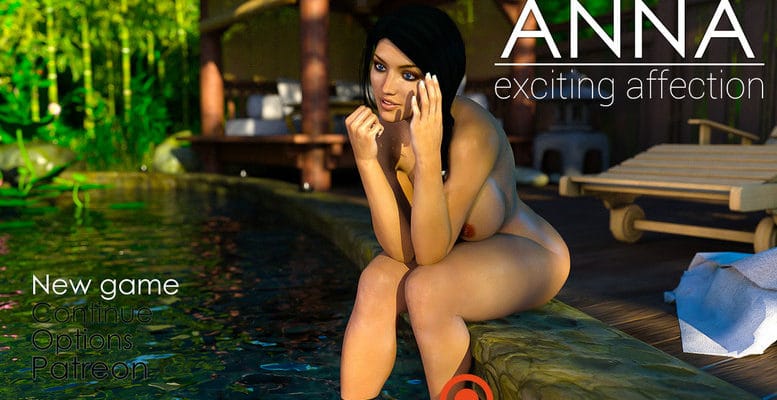 You will be playing the role of “Anna” and making decisions in her life as she will discover herself through the journey.
There will be a main story line with different outcomes depending on your choices, as well as lots of side quests. Anna won’t be an average bimbo that gets laid with the first thug that she has met…

+ Changelogs
v2.0
Extended Jeremy’s scene (Added renders to make it more interesting), Rebecca’s photoshoot (three separate scenes), Coffee shop with Rebecca (will lead to Ashley’s scene), Ashley’s cam show (with a little surprise), Bar with Andrew (more like others), Friend behind the bar (had no choice but to include it), Fitzgerald’s scene (at the hotel), as well as a couple of smaller filler scenes.
This update is one of the biggest I have done. It consists of almost 400 renders and 8 animations (Added new sound effects for some).

Save 3 is Jeremy’s path

All scenes are unlocked in included save.

Home with Andrew and John – There are two separate scenes for John. Depends on your choice. This time choice is not added to skip a scene. Both will lead to something.
Small shop scene. Friend behind the bar (Depends on previous choices but is unlocked with included save). Rebecca’s scene, Sergey (different endings), Work at the office – There are two different scenes. One is for Diane’s path and another for Jeremy’s path. Both path’s are available with included saves.

Anyway, this update came out big enough. It consists of almost 300 renders and 7 animations (Added new sound effects for some). You can repeat animations as much as you want.

If you find any bugs, please send info to me. Through discord, mail or patreon mail.

There is a Map in the game folder to help you navigate around.

You can use SHIFT or Right mouse button to hide text box.

Alfred’s friends (To see that, you need to go through Alfred’s party scene, but this time there is added choice, you need to select a second one), Bar (depends on previous choices and There are scenes with Patrick, Homeless and with Two customers. Choices you make will affect future in the bar), Morning at home, Emily and Brian, Spa and an Adult shop.

Things that I didn’t finish though are a remake of Alfreds scene and John’s scene as I changed plans for Adult shop scene and it came out longer, but John was in the previous update, so he needs some rest too 🙂

As this is just an early release I’ll try to add those scenes later. Anyway, this update came out big enough. It consists of almost 300 renders and 7 animations (Added new sound effects for some). You can repeat animations as much as you want.

If you find any bugs, please send info to me. Through discord, mail or patreon mail..

Save 3 is before the last scene of the previous update to see how it ended. You need to go through half of it to see a scene with Hector and Aldo.

All scenes are unlocked in included save.

v1.7
Anna – Exciting Affection Final scene list:
Shower (different renders depending on what you did with Michael),
Home with Andrew and John (depends on previous choices),
Breakfast with John,
Rebecca’s home,
Beach with Rebecca,
Clothing shop with Patricia (short one),
Party with Alfred and friends,
Real estate Ad filming with Dilan.
Save 1 is before the last scene of the previous update to see how it ended.
Save 3 is at the beginning of update 1.7
All scenes are unlocked in included saves.

v1.6:
Anna – Exciting Affection Final scene list:
Ending for Ashley’s scene, Home and Park with Andrew (He also needs some love), Jeremy (Long scene with two animations, Bar (New outfit for Anna), Luca, Taxman (with a surprise), Office (Small one, but different ones for different choices), Photographer (More like prescene) and Job with Michael (also a long scene with a lot of action).
This update consists of 300 renders and 4 animations.
This time, animations are with text and you can watch them as long as you want, or just skip after text ends.
I couldn’t manage to include a scene at the spa as existing ones came out longer, but it will be in the next update.
Save 1 is right before last scene of previous update as it goes into 1.6 also.
Some features I would like to remind are:
Shift or Right mouse button – hide the text box
You can use the mouse
To skip text, you can use “W.”
There is a map in the game folder to guide you through.

v1.5:
Michael with Andrew, Home, Emily, Bar (Three naughty options), Office (With or without Jeremy), Sergey’s warehouse, Ashley and Alfred. Scene list is not long but scenes are long enough. Bar has more that 130 renders and a lot is happening there. Other scenes are quite long too.
It’s a lot longer than previous one. More than 300 renders and 6 animations.
This time compressed game takes a lot less space. Only 1 gb so I won’t be making patches anymore. Image quality is on the same level and I’m glad that someone finally can compress pngs decently.

v1.4:
Rebecca and Carl (At their flat), Webcam show and Ashley (Let’s see how far Anna will go this time), Liam (I guess he’s getting a bit suspicious), John (with Andrew present), Sergey and Jeremy (Anna will visit the poor guy), Michael (Anna will have to help him out), Bar (Some old characters will show up). 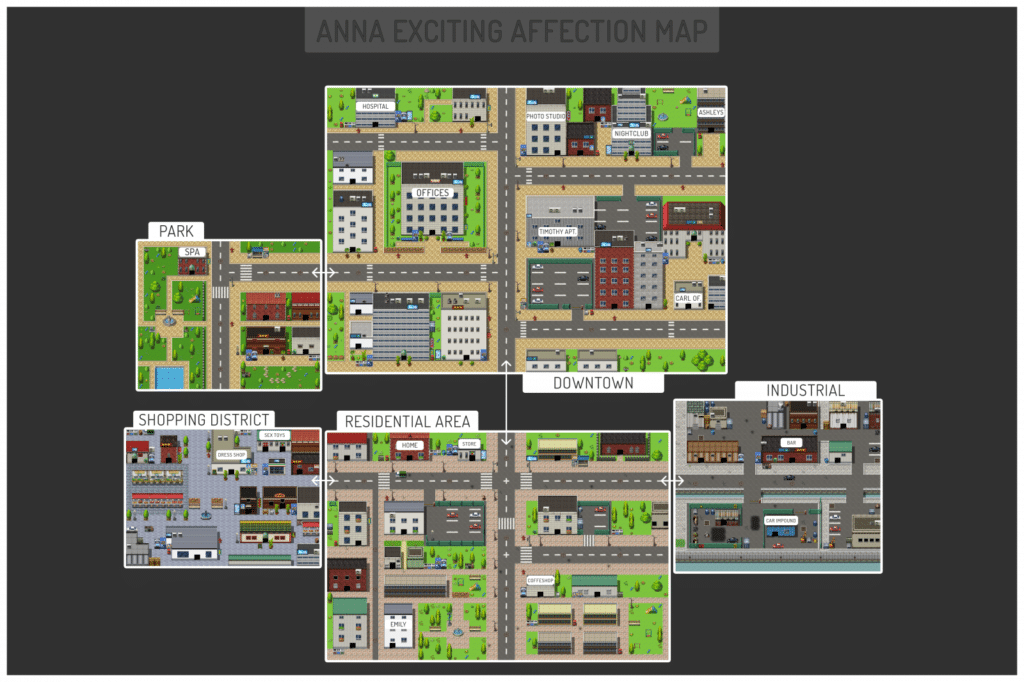