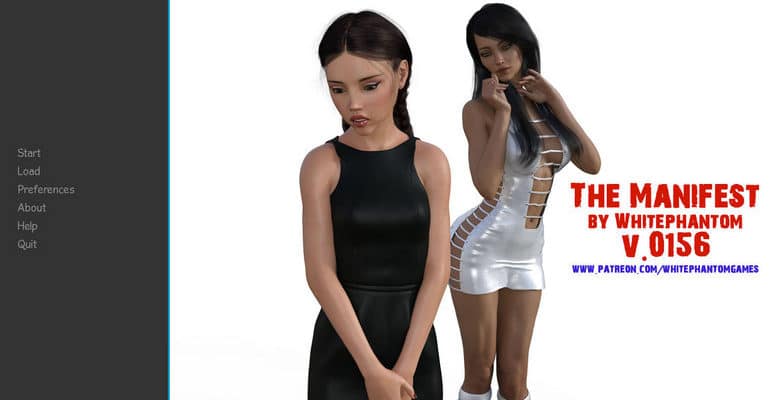 The idea behind my novel/game is that after the incident in the introduction, you return home to your wife and step-daughter, and are reassigned to a cushty job whilst recovering. This job will be working as a School Resource Officer, but as you are recovering and not allowed on active duty, you take on the role of step-in Gym Teacher for a group of 18+ girls who all failed to graduate the prior year. You’ll have the options of focusing on your career, family or sex life. Different scenarios and scenes will be available depending on your choices.​..

v1.1b
This bug fix (1.1b) should prevent the error with “Ana Points” from occuring.
The previous bug fix (1.1a) that fixed Swim1 and Miller tags is also included.

version Retold 1.0
-If you’re a returning player, the story has been reworked however there are no new images
-This game can be played in two ways
-You can play the game with only the viewpoint of the Player Character enabled, you will see the game solely through their eyes and any story points or outside knowledge will need to be found in-game
-The other option is to play with third party scenes enabled. Similar to many popular TV shows, there will be several scenes happening elsewhere in the world you will be able to view. These will not give the PC any additional in-game knowledge
-However they will enable you to get a better feel of the overall story and what is happening in the bigger picture

v0.17
– Added a lot of new variables to give short and long term consequences;
Previously Flag 1 would enable Flag 2 which would enable Flag 3 etc. Now in addition to this there are persistent stats so if you are going after Character A, get Flag 1, there are some ways to recover if you miss Flag 2. (This required a huge amount of learning for me as a complete novice with code and took a lot, lot more of my time for this update than usual)
– New scene with Dusk at the party
– New renders with Mercedes
– Two new scenes with Wife
– Additional renders throughout Day 6

v0.160:
A couple of the endings to the paths were riddled with bugs, so there will be a bug fix that adds too more paths very shortly. This will only affect the Dark Hannah and Dusk paths

v0.156:
Approx 45 New Renders – Fairly Short Update
Large Number of Typos Fixed (thanks to Zenithtb for supplying a large number of these)
Some of the Coding is Improved
New Menu Image