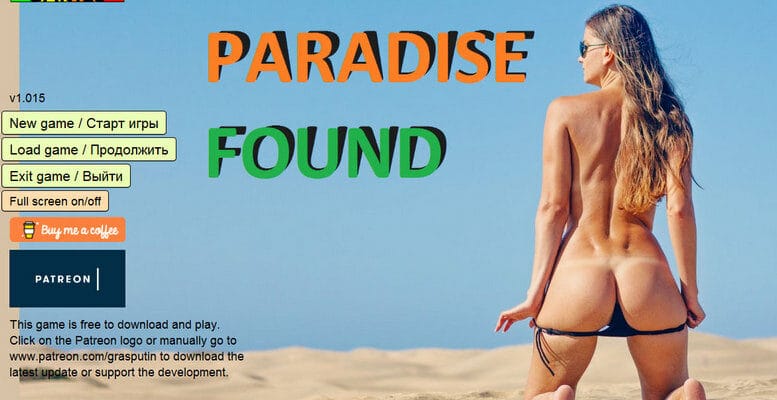 v0.12
– Last major update before the final.
– Fixed media/text inconsistency in Krissy’s events at the resort

v0.11
– More new content.
v0.10.3
Engine update. No new content.
– Reworked engine to allow events to play without any media (pics,vids,gifs).
– All media is now located in a media folder, instead of being included in the jar. This adds support to fan-made media packs.
– Removed all adult media from game.

v0.10
– 500 MB new content.
– Relivable events: Added all events with successful use of manipulation skill.
– Changed checkboxes to custom checkboxes that will scale with the screen size. No more tiny checkboxes on 4k screens.
– Memory button will no longer show up until after the first memory event with the landlady in the kitchen.
– The name of “Sasha” from cam events with Kylie is changed to “Alex” if player is not named Alex.
– (v0.10.02) Fixed bug for some of the events that need to be completed more than once. When completing the events on normal game speed and then changing to faster, the events would turn yellow even if in some cases they shouldn’t, preventing a flag from being set.

v0.8
– Added Cheat button to unlock a cheat menu. Cheat code is available to patrons.
– Cheat menu: Added the ability to replay events from your stored memories.
– Cheat menu: Moved changing of game speed to cheat menu.
– Cheat menu: Added option to automatically replay events to regain memory health.
– Fixed bug that sometimes required player to click on a yellow event to talk with Kylie about Avery.
– Increased name size on neighbor across the street (Julia) to make it easier to spot her events.
– Several bug fixes.
– Fixed old game-breaking bug that sometimes occurred when someone enters your room in the morning. Thanks to TheV for help with replicating. (v0.8.03)

v0.6.010
– New content for all main characters (Landlady and daughters, Jolee, Avery, Therapist)
– Buying an item at the shopping center will now advance time.
– Fixed bug with Kylie strip in player’s room morning after her second pill. (v0.6.001)
– Removed test code that broke Avery early in game. (v0.6.002)
– Game will now show error message when failing to load picture or video, instead of breaking. (v0.6.010)
– Credits button: Added the names of the models used for the biggest roles. (v0.6.010)

v0.4
– Update is focused on the women not living with the player.
– Redid Avery’s afternoon content using better source.
– Added better support for listing lots of memories in Paradise Found.
– Fullscreen/window setup is now loaded from latest save file whenever starting/loading game.
– The name of the therapist can now be changed in the Intro.
– (Optional) The text area can be clicked to continue an event.
– Fixed Jolee birthday party bug which caused some players to fail to throw the party although they had everything required (v0.4.001)
– Reduced a few Jolee vids to work with 32-bit java. (v0.4.001)

v0.3.1
– New content in this update:
— Added several pictures to the intro to reduce walls of text.
— Added several vids to the intro.
— Added one event with Dr. Angela (Midday, Tue-Fri), needed for save compatibility.
– Slightly rewritten and modified intro.
– Work under the hood to improve the engine.
– Finished revamping of message windows that started in v0.3.0.
– Added Hints for people getting stuck in the game. Help->Hints.
– Removed “Something must happen first” failure messages due to being too unclear. Also made failure messages turned off by default.
– Made it easier/faster to trigger a certain game changing event early in the game.
– Renaming of Kyra in intro was never saved to file. This is now fixed.
– Removed the details view for linux users when loading/saving to enable loading/saving.

v0.3
– First major improvement of the UI visuals since the demo. Introducing graphical themes (optional). First one out: Tropical Lava. Note: Graphical themes can slow down the game noticably on slower systems, especially if “Continue background” is enabled.
– Minor background change: The landlady is still married to her husband (who is working overseas).
– Added “Girls” button where info about the girls can be displayed, including clickable links to display info about their known weaknesses etc
– Memories will be listed in the order they were added, oldest first (memories from v0.2 saves will be sorted alphabetically)
– Completed events that gave memory health can be skipped to the end when being replayed.
– (Optional) Tropical Lava theme, customizable
– (Optional) Changing game speed: normal, fast, very fast
– (Optional) Automatically adjusted size of text panel can now be turned off
– (Optional) Text in event steps that have been played before is shown in different color
– (Optional) Show reasons for failing (showing reason is not always possible)

v0.2.0
– changing to standard version numbering. Demo counts as version 0.1
– added a second daughter to Jane/landlady: Kylie’s older sister.
– introducing a new girl (in addition to the second daughter)
– story progression for all women from the demo
– saves from demo won’t work. In the future the goal is that older saves should always work
– changed memory health management: If you’ve used one or more pills on others during the day you will now skip taking a pill the next morning instead of running out of pills at the end of the week
– added ejaculation gif in bathroom and other situations. Can be disabled in Settings. Thanks to Swallow999 and NoodleJacuzzi for providing gif
– added Stats button which shows game progress
– added Memory button. Player will remember and be able to relive moments where time slowed down
– store now only shows items you need
– added some optional settings in Paradise Found

v1.016
– fix of bug introduced in some previous update, breaking game at beginning of second week

v1.015
– fixed where autosaving was unintentionally being done even when save was leading to Game Over. Weekly autosave is now being done night to Monday. These fixes should allow players who get Game Over to replay the day or week, which was not possible with the autosaves before.

v1.013
– fix so macOS users can load/save
– custom display refresh rate shouldn’t break the game. In worst case full screen will be maximized window. (not verified yet)
– small changes in some game info and early events to make it easier to get acquainted with the game and the gameplay

v1.01
– changed to 32-bit so should now hopefully work on both Windows 32-bit and 64-bit
– javafx is now included in jdk which should hopefully stop video failure/game freeze at second therapy session for Windows users
– disabled “continue click” in text panel
– minor fixes