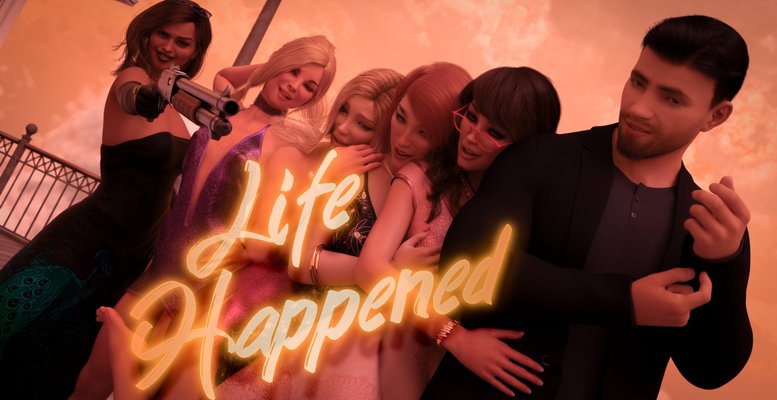 This is the story of Marco Scozzari, a 36 years old man who has it all except the most important: some one to share it with and he seems incapable of realizing that. Relax guys, this is not some tale about a lonely weirdo or something like that. It’s a tale about a descendent of a traditional italian family that made his fortune from scratch, a good looking and well succeded man, his past and the things he did to get where he is at now. As you follow him you’ll discover things and people of his past and will must certainly find out that things are never really what they look like at the first glance. This game is heavily choice driven where each choice counts, so choose wisely…

+ Changelog
v0.4.3
This update is focused on merging Danna’s love and lust routes. It also brings the conclusion of the second meeting with Sebastian for the exhibitionism and tainted love routes.
We will also know a bit more about Shorty’s past and her relationship with the main character.

New renders: 190;
New Sound effects: a lot;
New songs: 5;
New animations: 1 (About 1311 renders used to create it);
About 8000 new lines of code written or rewritten;
Included an option at the beginning of the game for returning players with broken saves. In that option, the players get to forge their character, set the game’s rules by enabling or disabling stuff, and choose their play-through;
I did some tweaking on the zoom effect, making it a lot less intense;
Also, I did some tweaking on the between-scenes transition code to make them faster (Downed them to about 1 second. I didn’t go any further because I can’t live without the dissolve effect in my transitions);
Text improvement in some of the text from previous updates and a lot on this update’s text. Thanks, Tribe!

v0.4.2
This update focus on Danna’s pure love route’s development. It also develops Danna’s tainted love route (That happens when you go for the Exhibitionism branch and you realize you like Danna and go back into the love route). That second route is not done to the point I desired, though (will release a short update taking her to the same point in time as the pure love route as soon as it’s done).
New renders: 317
New Sound effects: a lot
New songs: 2
New animations in Life Happened: 3
New words: also a lot
About 8000 new lines of code
I have added the option to turn off the character screen’s animations. Thanks to AB’s help.
Added the option to name your saves again (Without that annoying pop-up naming screen you see in most games featuring that option). Thanks to Tribe’s help.
Text improvement in most of the text from previous updates. Again, thanks, Tribe! (This update’s text still needs some polishing, though)

v0.3.2
This update aims to fix the error when trying to read missing ogv files.

Changes and fixes:
– Removed status based names for saved games;
– Now, it’s possible to name your own game save as you like. It’s also possible to rename each game saves page as you want;
– Changed how the date and hour are displayed on the game save slots;
– Created in-game choice to skip the prologue
– Danna’s status screen revamped;
– Created Music Room. It can be accessed from the main menu and in-game menu and features the songs used in the game;
– Recoded all the game content: Sadly, guys, and I’m sorry for that, it means that pre-existent saves will no longer work. This was a long time needed change, but it made it easier for me to advance with the game.
– Fixed MC’s thoughts on the pier before meeting Feio, where the MC thought about dating Alex even if you’re not on her path;
– Fixed error where Charlie’s name was showing instead of Mrs. Charlene in the prologue.

v0.2.2
This update focus on fixing typos. Text improvement in the whole text. Thanks, Mr. Friend, for doing that.
Known bugs fixed:
– Phone call with Alex (break up) is happening even if you were not dating her.
– Choice to forgive or not Rachel removed. Instead, I created a choice to cheat or not on her with Melinda in the girl’s bathroom.
No new content has been implemented on this update.

v0.2.1
This update focus on the main character’s past. (Remember that heavy text part? So, I fixed that…)
Introduction of Rachel, Charlie, Alex, Jackie, and Melinda all in their young versions.
– Avoidable Futa/Trans Route
– Avoidable Cheating Route (MC cheating)
New renders – 806
New Sound effects: 10
New words: Around 46000
New animations in Life Happened: 8 (not sex-related, though)

v0.1.1
Life Happened Initial release.
Day one:
Introduction of the main character and the first female character, Danna Miller, the ballerina.
– Love, lust, and mixed routes were completed for the first day.
– NTR/Cuck Route is not implemented yet (Don’t worry, guys. It is and will keep being completely avoidable through in-game choices).
renders – 361;
sound effects – 57;
words -23256;
animations – 2 (More animations will be provided on the next update. I’ve been struggling with them, but I’m learning); 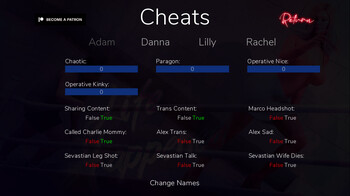 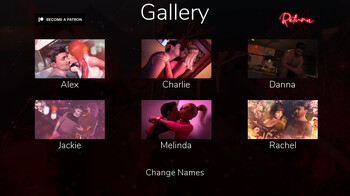