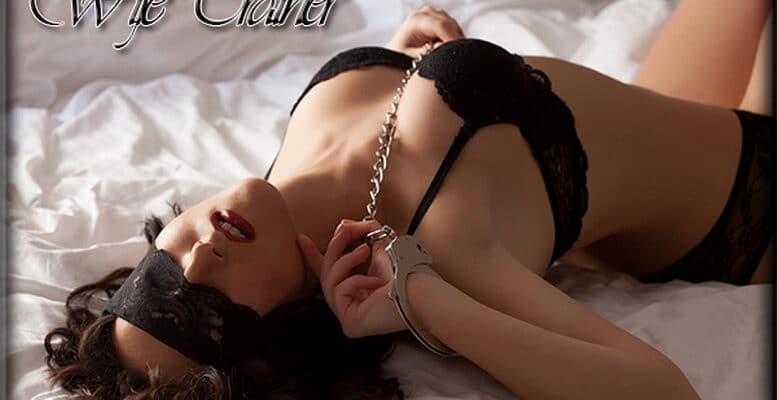 In this game you play a male character with one of three traits: Playboy, Hypnotist or Naturally Dominant.
Your business is to work with women to help them change. Success with clients increases your reputation, providing you the opportunity to work with additional clients. Continuing actions may also be available with former clients, depending on your level of success when training them…

v0.7l2
Fixed:
• Bug triggering Becky Sue objection to your other relationships before she becomes your girlfriend.

Added:
• Missing content to allow you to introduce Becky Sue to Sarah during Sarah’s training, when Becky Sue is a bimbo (not when she’s a girlfriend, as she’s an exclusive girlfriend, same as Rae)
• Additional strip scene in the Club for Diamond, which provides a third way to activate sending Diamond to Tracy while training Tracy.

Changed:
• Lowered submission threshold for Becky Sue to accept domestic discipline and increased opportunities to raise her submission while your girlfriend.
• Relaxed conditions on finishing the Will-Tamer transformation for Becky Sue and for transforming her into a bimbo.
• Relaxed timing on siccing the lawyer on Hannah the Principal after she sends a threatening letter.
• Rae’s girlfriend reward events no longer tied to the player’s reputation as per old Rags’ coding, so you now get them based on the length of your relationship, making the final events reachable.
• Strike count system with Rae now provides better information about when she gets (or loses) reservations about your relationship.
• Cleaned up some dialogue for Bree, Diamond, Geri and Rae.

Artwork related:
• Upgraded Diamond’s artwork, notably for her training session, but also for her at the Club and with Fairyn scenes.
• Added some additional artwork for Bree when she’s working in the store (non-sexual scenes), plus some improvements to her date art.

Modding and core system related:
• Expandable menus can now be embedded (calling one when inside another).
• Store entrance and exit content now simplified and easier to add in mods.

Added:
• Post-training content for Becky Sue (this is the major new content focus of this release)
• Tammy Lynn, Becky Sue’s friend, a new potential character if Becky Sue becomes your girlfriend
• Additional Hannah booty call scenes, doll scenes, and a club masquerade ball scene
• Additional uses for Marilyn’s IOUs, which can now be used to as a back stop to gain Club access, an alternate route to get Janice on retainer, and may allow you to play with Marilyn at the Club when you otherwise couldn’t
• An alternate route to getting Janice on retainer through the Club President’s revised reward system
• Moneybags trait unique impacts on some conversations and test modifiers for Amy, Becky Sue, Fairyn, Gloria, Janice, Kitty and Taylor (note: Kitty’s and Taylor’s dates still not implemented) plus now has its own right hand panel background image.
• A help menu on some game concepts, to ease introduction to the game (also links to understanding client stats in in Ivy the Introductory Wife’s client review report)
• New minor item that can make a woman bisexual without it counting as a transformation.

Changed:
• Moved Becky Sue to first wave, pushed Elsa to second, and Lauren to third. This may be temporary, but Becky Sue’s post-training content extends so long that for now I want to allow it to get started earlier. Plus it makes it easier for those who want to try out just her new content from the current release.
• Reduced escalator on financial domination requests to +5 from +25, to keep them from getting out of hand too quickly.
• Club President now only gives out a maximum of one transformation potion and only as a special reward; this is for story line consistency (same limit previously applied to the Dark Arts Store and Marilyn, so now the Club President is on the same footing)
• Marilyn now takes a cut of your whore income if you have too many whores; this is for story line consistency of her being at the centre of such activities in this city
• Hannah whore income adjusted upwards so that taking her as a whore doesn’t end up costing you money after Marilyn’s cut
• Transformation potion and Will-Tamer conversion menus should now all include an “undo” option to avoid having to reload an old save if you don’t like the options presented to you (but only after seeing the options, not after selecting one; would still need a save if you choose a conversion option and then want to backtrack).

Next steps:
We’re getting close to the end of the 0.7-cycle. Current priorities are to fix any bugs reported with 0.7k.
Next priorities include:
• artwork upgrades: completing the image upgrades is a key remaining task before we move into 0.8
• save compatibility: Digital Bonsai has implemented a system that should allow old saves to be compatible with new patches once we get to 0.8 (this won’t happen until 0.8, though)
• mod support: we’ve continued to add support to the core engine based on modder requests so as to have as clean a back end as possible for mod support going into 0.8
• quality of life improvements: with bigger projects out of the way with, I’m now starting to pay more attention to smaller things that can help make the game experience flow more smoothly
• consistency passes: I’ve started to take a look at energy use consistency, reviewing TA actions in 0.7i, and expect to do more of this in the future
• content: next up is Sarah’s post-training content (with Alexis’ to follow in the subsequent release)

v0.7i
Fixed:
• All bugs reported from 0.7h.
Added:
• New introductory client, Ivy, who precedes the original “first wave” of clients. Her first couple of weeks act as a mini-tutorial for new players. She can be skipped if desired, or you can try to generate one of the nine outcomes that will successfully train her. She has a relatively short training period and a relatively large variety of weekend content (since you’ll be spending time with her most weekends during her training). Continuing action content is also implemented for her. Adding Ivy at the beginning of the game creates better pace for some events. She’s also a “normal” client, so that new players aren’t immediately confronted with some of the unique aspects to Chelsea, Elsa, and Jasmine’s characters.
Changed:
• Dinner with Nicole and her husband can now be delayed. Flagged value of bringing wine for new players by adding a small cost to it.
• Reduced energy costs associated with training actions when you use a Teaching Aide.
• Reduced odd job fee to 15 from 20. Money has been loose for a while and I haven’t yet implemented any good new ways to absorb it, so tweaking this down in the interim. This also helps differentiate game play as the Moneybags optional trait.
• Fairyn’s text and background colours combination changed to improve readability
Artwork related:
• Partial upgrade of Hannah’s images (approximately one-third of her images).
• Nicole’s on-going visits segregated by type under “Contact” to make artwork more consistent through the scene.
Modding and core system related:
• Package conflict resolution system added (conflicts disabled: see Digital bonsai for details)
• wt_image now searches for videos first, then images with the same name (unless restricted with ‘image_only’ as follows wt_image image_only image_name), to facilitate mods who want to provide optional movies to replace certain images.
• Made odd job fee a variable to facilitate easy adjustment.
• Back end changes (versioning system) to prepare for increased backwards compatibility beginning with 0.8, but not active for modding yet.
• Small improvements to the client template.

Important notes:
regarding the current build:

Old saves will not be compatible. When we get to 0.8, our expectation is that old saves will be compatible throughout the 0.8 cycle, but that’s not the case in 0.7
All images are included in the build. When we get to 0.8, the expectation is that images in 0.8a will not need to be downloaded again for future 0.8 patches/expansions, but that’s not going to be the case until all artwork is upgraded, and that’s not going to happen until the 0.7 cycle is finished

to replicate the existing Wife Trainer game content in a new engine that can run on more machines than Rags, and has a longer expected shelf life
to allow modding of the game, including the creation of new clients, items, or player types, in a way that will allow the content created by one person to work with content created by someone else
general functionality improvements where possible, such as allowing saves from one version of the game to work with later releases, and make saving/loading a more efficient process
when and where possible, to allow additional game flexibility so that people can sculpt existing game content or create new game content to meet their tastes and then share what they make with the community

Fixed:
• Bug whereby Elsa’s status, rather than Lauren’s, could be changed when Lauren’s training finished.
• Bug that prevented Jasmine’s beginning of day bimbo events from occurring.
• Bug that prevented Jasmine’s fourth bimbo action from occurring.
• Marilyn at the Club now recognizes if you’ve sent Dee to her and the natural dom can now access her at the Club after successfully dominating her

Changed:
• Elsa is now missing, but will hopefully be restored soon
• Visit from Amy the Avalon Lady’s husband still has consequences, but no longer ends the game.
• Tweaked Gloria’s reaction to the state of your house, generally making it easier to impress her when she visits you.
• Will-Tamer content for Nicole to make the use of the Will-Tamer more consistent with how it works on other people.
• Improved the Terri the Assistant hypnotic training content.
• You now have a little more time to train Terri after starting her on the youth track, as you can now do something else with her on the week when she hits the youth level you’re comfortable with
• Delayed Sophie’s firing week by 1 to allow additional content at office for Doms
• Adjusted impact of various sex training scenes with Lauren to improve consistency.
• You now get a Rep boost from Alexis if she takes control of Daisy, even if you don’t hit her Boss’ requirements.