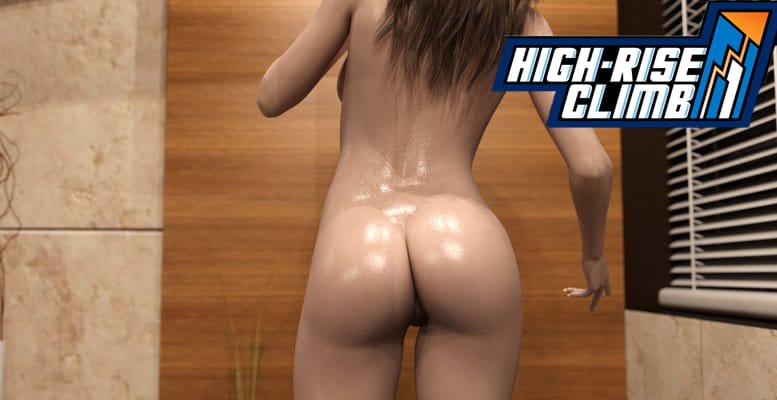 High-Rise Climb is about Byron, a financial analyst who just recently started to struggle. Help Byron climb the corporate ladder to become the most powerful man in the world. What will you do with that power? Will you use it to help those around you, or will you like so many before you, get corrupted?

Rebalance:
Angela’s Opportunities Tab now more clearly directs what to do next
If you have bought the condo. You get 7.5 million in investing capital if you have less than that.

Note: Took a bit longer than I had planned fitting everything together and troubleshooting everything. Not a huge patch, but sets the framework for all the romance and fear endings.

v0.901a
This is just a small patch mainly focused on addressing a few issues with Ida.

Contents:
Added Icon Aids at the beginning of game to guide the path so you don’t have to click on Opportunities tab.
If you didn’t meet Ida at the gym added new conversation to make this transition smoother after you research Biology 1.
Added more Opportunities Guides for Ida in the phone menu so it’s harder to get lost at the end.

Bug Fixes:
Fixes displaying wrong image if you haven’t changed offices during Ida’s first date
Fixes Ida gym date loop where you can keep inviting her if you didn’t meet her at the beginning
Fix images not appearing in some spots

0.82a Patch notes:
Important Notes:
Certain Backtracking quests were added to make sure everything transitions properly. It is recommended you restart a brand new game. If you do not it will not affect game play but there is some small changes to quests before when Grace is promoted.
A work around for those that do not want to start a new game is press “Shift O”, type in “$grace_suggesion_steal = False”, type in “$izumi_and_grace_done = False”.
Ease of Life Changes:
Added Skip time feature Izumi House.
Added Various Opportunities steps to make it harder to get “lost”.
Changed Some Opportunities description to make it easier to understand what to do next.
Add Opportunities for when Grace is promoted to make it more clear on what to do next.
Balance Changes:
All Izumi and Grace Conversations in the house no longer give REL or Fear.
If threatening Grace in her bathroom (Izumi Promoted) now gives Fear
New Content:
Note:

The game now works in a way where no matter what you do with Izumi and Grace, how you promote them, if they fear you or like you, they all lead to same base content. They are different as far as some of the content within them, but they all eventually lead to the same spot. This means you will no longer need to have multiple saves to play different parts of the game.

A lot of work was put in to making this work and work in a logical fashion. It took much more time than I thought was reasonable, but it is hopefully working as I intended it to.

Allows Izumi Fear route and Izumi Rel route even if Grace is promoted
Added a way to go to Grace’s house if Izumi promoted Including:

This is achieved after completed one of the above quest chains.
Different Conversations depending upon what you have done thus far.
Added Grant’s Flight Investment Quest:

Unlocked by completing the full Corona Virus Quest Line and researching Finance 3 and previously finished Lifecycle quest with Grant
Full Quest chain to outline what’s been going on at the office.
Unlocked Finance 3 as a research option

Renders: 261 stills and around 600 animated frames

v0.70a
the small amounts of Izumi and Olivia content I had planned needs to be delayed for 3 days and will be released with 0.7b.
Renders: 418 stills + 204 lewd animation frames + 1824 story animation frames
Major:
1 Ida bedroom scene

Disclaimer:
To get the right mini conversation at the beginning you need to re-invite Olivia to the house to hangout part of the patch before this one. If you don’t care about conversations matching up then just continue as normal.

v0.65
1.-update consisting of 600 renders!
2.-new areas implemented – extremely labor intensive and cause for the delay
3.-many bugs and issues straightened up under the hood of the game
4.-Grace’s house alone proved to be too much

v0.6b
Fixed hopefully everything. Just extract it to your game folder.

Bug Fixes:
Chat Counters not resetting at the beginning of the game
Random jumps for some events.
Chat Glasses not accurate
Bailey Shopping image does not appear in some obscure situations
Emily Event cannot progress after certain events
Body stat and Work Stat not displaying properly
Many many more I forgot about.