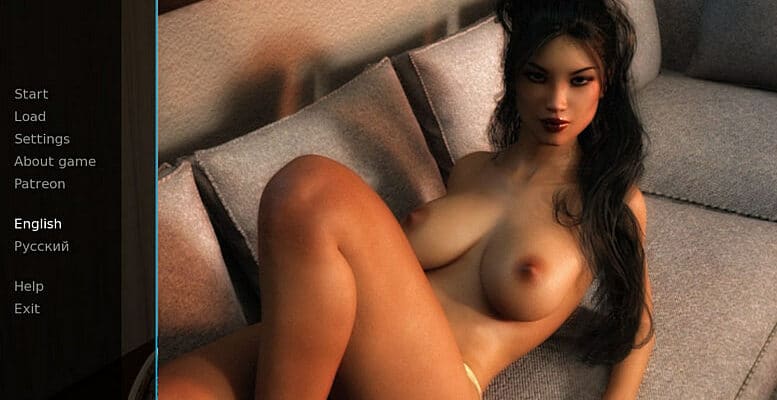 “Twists of My Life” – is a visual novel where every decision you make can completely change the storyline. There’s no “game over” if you pick the wrong answer, in this game every choice you make will lead to different outcomes. All plotlines are intertwined. There are many beautiful, sweet and sexy girls waiting for you. They will either love you or hate you… It is up to you. Everything’s in your hands, so to speak…

+ Features:
– A number of parallel evolving story lines
– Beautiful graphics, which are constantly getting better each version
– Animated sex scenes.
– 15 different endings based on your choices.

v0.99:
– 4 characters (Alanna, Helga Helena and Ann) received a conclusion to their story.
– 10 new endings were added to those that are already in the game (Irene’s endings are yet to be added)
– The update adds 560 new renders, 10 animated scenes and 19800 words.
– The current total amount of words: 137830 words. 3180 renders,
– Endings with three different characters (Alanna, Helga, Helena) each of which has approximately the same amount of content.The Ann’s ending is bigger than the rest of them only because it has two mutually exclusive branches.
1) Helga – 3 endings;
2) Helena – 2 endings;
3) Alanna – 1 ending (bad endings where she dumps MC were implemented earlier in the game);
4) Ann – 4 endings;
Disclaimer. You will not find a walkthrough for the 1.0 update since there’s no need for it. The ending is a result of your previous choices.
The build’s number is 0.99 only for convenience of the developers. Once we’re ready to roll out finished final update, it will be called 1.0
Attention: 1) Do not use saves made during animations, you won’t be able to use them later 2) If you have a working save created earlier in the game, it will be fully compatible. If you see error messages or crashes, use a different save. No need to start a new game.