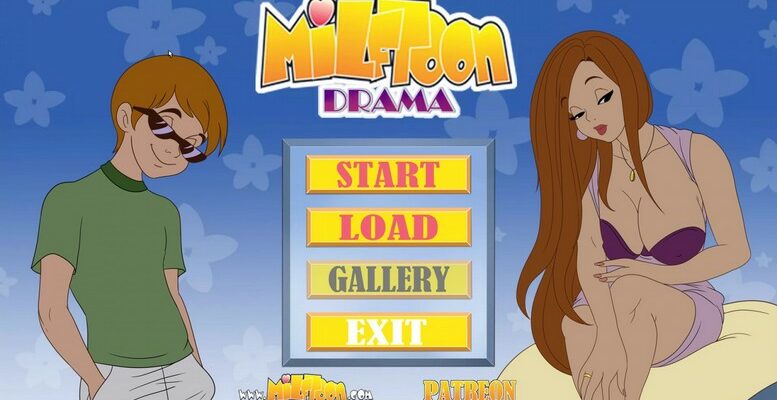 Milftoon Drama revolves around our hero Joey who is getting ready for college and is desperate for some action before he goes there. Everyone is a target this sexual predator… from his teachers, his neighbors, his girlfriend and even targets from his own surroundings. Will Joey make the right decisions? Do you have what it takes to guide him through? Only one way to find out!​

Fixed:
7. Accessing the gallery in Game would return back to the Main Menu instead of returning to the character location. Fix is applied once the new update starts when Joey opens the door in the living room and lets Janet inside.

2. The Gallery is still the same as before. We will update it in the next version with a better interface and animations (not all but lots) from Part 1 and Part 2

3. Like Part 1 and Part 2 , in Part 3 (0.27) the Save files are independent. This means that you need to save the game in a different folder than the previous updates. Your Saves will not migrate or overlap to create errors with each version.

4. Added two Scenes in the update and a few teasers

v0.26
We have added:
A New Location – The Pool
Many New Scenes with Linda and Alicia
Lots of storyline progression with Linda, Alicia and Maggie
Fixed:
A few bugs that made some animations weird
A bug that made Gloria’s eyebrows to be missing on the pool scene

v0.21 Part 2
Added Sharon Character and pinups/scene with her
Added Scene with Linda Character
Added storyline progression with Sharon and Linda
Added Damien – The Cat
Fixed a huge amount of bugs with save files

v0.20 Part 2
This version may not appear BIG if you compare it with play time as many players tend to skip the dialogs and conversations but it is BIG in bug fixing , adjustments and storyline progression.

1. Storyline wise it has lots of progression and lots of talking which is very important for later parts and it semi-introduces a new upcoming character (voted on 0.21 Poll from Patreons)

2. We also fixed a couple of previous animations that was wrong (like the pelicunt) and a few others like fixing Mrs Jackson background being absent etc.

Milftoon Drama v0.17 Part 2:
1. Fixed a bug where the Tablet was not working on V.0.15 and above. Now the Tablet is available on Part 2 once you leave the Pool party.
2. Fixed a bug where Linda would appear in the garden when she should not.
3. Added 2 Linda Tease scenes
4. Added a multi-scene with Linda
5. Storyline progression with Linda.
6. This version is significantly shorter than other versions. The reason being is that we removed parts that would not make sense unless you play the next version. For that reason parts have been omitted (dialog mostly) so they will be included along with the new ones in V0.18. For that reason , V0.18 will be significantly larger.
7. Added a new supporting character , the Granny
8. Fixed a bug where the suspicious leaf would be picked up but not removed from the scene
9. Added a fight scene