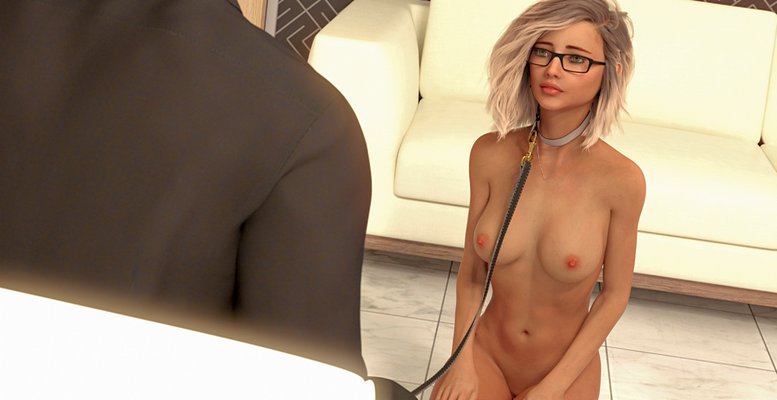 The best corruption adult game “False Hero” you will ever play with the most beautiful and deeply-developed characters. Explore the lives of a high school girl, her caring mother, an aspiring actress, and a pair of twins. Each has their own in-depth story arc and unique developments. No more stupid boring sluts who all look alike. Only perfection. You can build trustful, loving relationships or you can corrupt them until they’ve become cock worshipping whores. It’s for you to decide…

v0.37
New Kate and Ashley’s content
The focus of this update was to build relationship between Kate and Sebastien and also show blooming Ashley’s interest to Kate.
Most importantly, I wanted to show Kate’s character. In the last events it wasn’t noticeable what she’s like, but now it is very vivid and it is the most interesting thing for me in Kate.
Major changes & additions:
There are 8 new events:
1) 4 new anime events with Kate and Sebastien.
2) 2 new bathroom events with Kate and Sebastien.
3) 1 new Kate and Ashley event.
4) 1 new event with Ashley and Sebastien.
+ Small interactions/story events and other stuff.
Minor changes:
I proofread the game False Hero after beta release, but there are probably a lot of mistakes still in the game. Send me them in #bug-reporting channel in discord.

v0.35
This update was entirely focused on new Jane’s content.
-8 new events with Jane(600pic) + new sessions and different dialogues. All of them you can find at the workplace at noon.

Major changes & additions:
The focus of this update was to think through the core code features of the game(all interactions, all locations, all npc characters, all future events, just everything). Thanks to that saves will now work properly from update to update and most importantly I can make updates much faster.
Twins’ route:
– New location: Twins house. Twins’ house will be opened (just go through the Twins’ story) after you visit the doctor with Kate and Ashley. After that, you will be able to do various interactions in their house. However, most interactions don’t affect the story yet. In the future, I’ll add different stats that will determine Twins’ reactions to your actions. The more corrupted you will make them, the more slutty they will react to you. If you will do more nice choices then they will be more affectionate to you(you got the idea). This concept will work with every character. But it is still a work in progress.
– 2 new events with Kate.
– 1 new interaction with Kate at their house.
Lucy’s route was completely changed -_-
– New prologue with Lucy.
– Bathroom events.
– Night games events in False Hero.
– Different interactions at home.
– Sebasiten’s house was changed completely.

1) – 4 new events with Melanie.
2) – 1 new event with Melanie/Tiffany.
3) – 1 new event with Tiffany in the bathroom.
4) – 1 old deleted event (Melanie/Mark) was returned into the game.
5) – New start of Melanie’s story. (I added a lot of new scenes) Her house will be closed until the moment you will finish the events at your work with her. (Melanie’s story was changed for the sake of the new concept and gameplay. No old events were deleted, but all of them were changed.)
– 1 Melanie’s event was expanded, added new pictures and text.
Jane route:
-Jane route was fixed to be in one concept with the rest of the characters.
Other changes in False Hero:
– A lot of old pictures were improved.

v0.20
Major changes & additions:
100+ images and about 19000+ words in total:
-2 event with Jane
-2 event with K&A
-A lot of new choices were added in the game.
-I did proofreading of the game, made possible by the saints who have big hearts to help me! HUGE AMOUNT of mistakes were fixed.(There are a lot of things are still needs to be done though)
Old saves have to work.