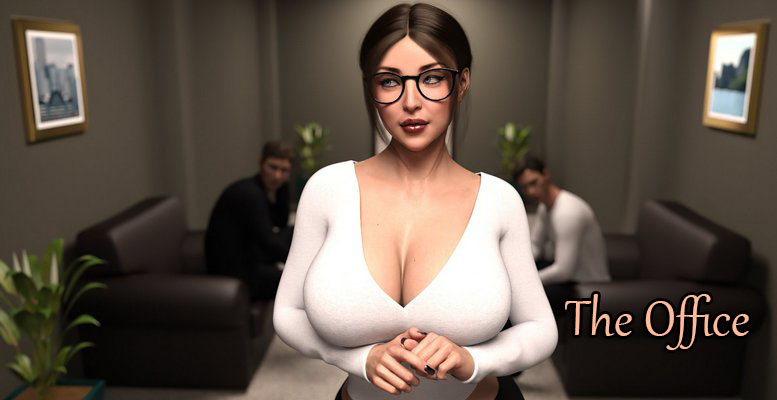 This game is about Gail, a 27 year old woman who is currently working in a financial services company called HI&F – Huge Investment and Finances. She is a street smart lady who came from humble beginnings and only have a college degree. She started as a receptionist and managed to get herself promoted as a financial advisor after years of hard work. Currently she is fighting with a fellow colleague for the regional sales manager position.​..

You can tweak the dialogue/text box.
To make these changes you guys can go to preference -> dialogue box -> to change the text box-related things and

I’ve introduced an animation player in this update.
You can change the speed of the animations (as of now I’ve only introduced 2 pre-defined speeds but later on you’ll be able to change it between 5 different speeds according to your needs) To change the speed you can either use left-right keys on your keyboard or use the slider on the left corner.
After you’ve watched the animation use the button next to the slider to move forward/ proceed with the content.
Instead of adding WebM videos directly (which loses 90% of the video quality after the conversion), I feed in WebP images to the animation player which complies it and runs the animation for the user.

Added approx 1150 new renders for this update.
Added 7 new animations each of 90 frames.
Added one more animation (Please check the ‘Flashback’ scene)
For previous episodes, now you can choose to skip the scenes with Nathan
Situational texts and thoughts can be now customised.
Go to -> preference ->Dialog box -> scroll down and makes the changes you want.
Added 5 different speeds to the animations. (Use the left-right keys or the slider on the top left corner)
Errors regarding relationships/names not showing correctly have been fixed.
Replay Gallery updated to the current version.
The text after the spa event which was showing the wrong dialogues has been fixed as well.

Ep.3 v0.1 Fix
Was receiving a lot of complaints regarding the textbox so I got it fixed in this update.
Also now you can hide the in-game buttons at the top right corner. Fixed minor bugs and spelling mistakes as well.

To make these changes you guys can go to preference -> dialogue box -> to change the text box related things and preference -> Ingame button -> to hide the top right corner buttons.

Changes that you can make in the text box :

The Office Ep 3 v0.1
– All known and reported bugs are fixed.
– All known and reported typos are fixed.
– Update contains 1500+ renders.
– 6100 lines of text added in The Office.
– Gallery updated with the latest wallpapers.
– Replay Gallery updated, contains all scenes up to ep3v0.1.
– The cab scene has been removed from the main plot but not to worry you can easily find
it in the replay gallery.

– Quite a lot of GUI customization for better visuals
a. Changed fonts, in-game text, character name and normal dialogue text.
b. Changed size of the fonts as well.
c. New text box added and made it more transparent for better visuals.
d. Changed the frames and borders as well.

Episode 2 v0.1
~ 2000-3000 new lines of code
~ 450-500 new renders
Added cheat mod to the game ( please only use it if you’re stuck in btw options or else don’t otherwise the point system becomes useless)
Fixed almost all the bugs found in earlier episodes
(Specially the boutique one too)
Fixed typos found in earlier episodes
Gallery and credit section not updated for this release.

v0.2
~400 new renders
~2000 lines of code
Added morality points (Corruption, Lesbianism, Loving_girlfriend)
Added relationship points with each character in The Office
Added credits section
Added gallery section
Its totally interactive and choice based.
Depending on the choices made future actions/scenes will be affected.