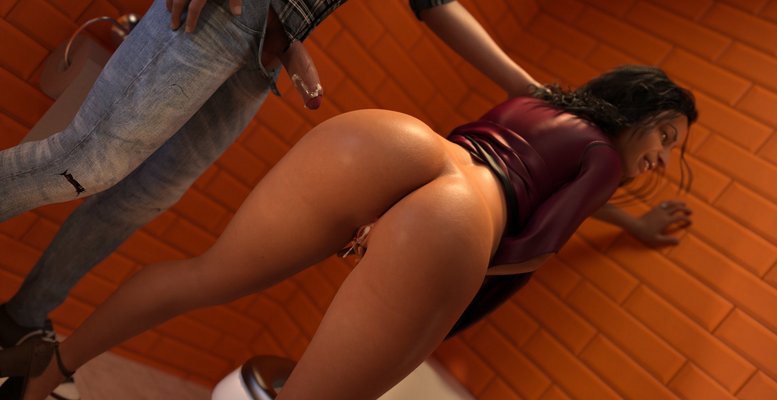 Nearly five years ago, the death of your wife left you in charge of your two young wards. You tried to be the best caregiver you could, but all three of you were scarred and hurt by the sudden loss of the light in your lives. Now your wards have become grown-up adults, and the grief you share has pushed you apart. Will you be able to overcome the barriers of your own making and help your wards rekindle the light in their hearts?

Light of my Life is an adult visual novel about loss and love. Aid and support your wards to help them overcome their hurts and fulfill their dreams, or let the pain you share drive you apart…

+ Changelog
Ch 6 v0.6.4
NO NEW STORY CONTENT! If you played chapter 6 already, there’s no need to download it this version.
Adds check for outdated mods, to prevent another WT mod debacle.
Another metric ton of typo’s and one or two very minor bug fixes.
Fixes some graphics glitches.
Updates a bunch of grainy renders from the first two chapters.

Ch 6 v0.6.2
Chapter 6 added.
WTF why v6.2? Well chapter 5 was version 6.1 and that was kinda confusing. So now the version and chapter are in step again.
Added an option to suppress displaying actual numbers when you are informed a character’s love or negative emotion has changed for better immersion (find it under Preferences->Relations).
Small fixes to previous chapters.
Higher compression rate for images on the Android version to keep within APK limits.
Special note for android users: Please note that due to the growing number of images in the game (over 11k) and the hard limit of 2GB for APK images, images in the Android version of Light of my Life had to be compressed more. That comes with some degradation of image quality, but I tried to find a quality setting that best matches individual screens to take the worst edge off.

Ch 4 v0.5.2
A message from Macy and Denise. Find this short scene right after the end of chapter 4.
Hotkeys for choice menus. If you’re on PC, Linux or Mac, you can use the number keys to select a menu option instead of having to use the mouse. Now you can have that other hand free to hold a nice, refreshing beverage! The option can be disabled from preferences if you hate seeing little numbers in front of your menu options.
See your current relationship levels for characters you’ve met with a relationship stat. Available from the preference screen, under relationships.
A final batch of small fixes for typos and minor graphical glitches.

Ch 4 v0.5.0
Includes Chapter 4.
Another slew of spelling and grammar fixes.
S-3 will hence forth be known as the coven.
Uses Ren’py build 7.3.5, which seems to solve some of the pup-up keyboard errors for android users.
Now distributing the new Android universal build instead of the armeabi build.

For beta participants only (coming from v.0.5.BETA)

Updated gallery for chapter 4 in Light of My Life
Added one big scrolly image for a certain prominent backside (show in-game and gallery).
Added an image to the main menu background rotation for completing a chapter 4 event.
Not all gallery triggers will have been set correctly in your playthrough. Run through chapter 4 again to unlock them.
Android users might need to uninstall the beta before they can install the official release (and lose their saves in the process). Sorry about that.

Ch. 3 v0.4.2
No new story content! If you played chapter 3, there’s little reason to download this (unless you want to play it again).

Considerable size reduction after compressing a large amount of images.
Whole lot of spelling and grammar errors fixed. Thanks to everyone who submitted them to me!
Fixed a choice flag not setting correctly causing some wrong dialogue between M+D.
M+D Gallery is now multi-page because the menu didn’t really fit on a single screen anymore.

Version to fix crash issue on android.
Note, this required a rather invasive change to the setup of a bunch of images, please report any graphic glitches you may experience (weird transparencies, missing backgrounds, tears or other strange problems with blink or fumble animations and such).

Chapter 3 added in Light of My Life
Many renders updated and cleaned up.
Updated gallery.
Can now set nicknames and some additional character names in the change names option in preferences (unlocks as appropriate).
Lockout option under preferences lets you set how you want to handle the possibility of a Macy/Denise path lockout.
OK button added to text input on Android version to work around keyboard wonkyness.
Note: crashes reported with android version currently under investigation.

Ch. 2 v0.3.3
No new story content! If you played chapter 2, there’s little reason to download this (unless you want to play it again).

One (1) new render. It’s a bonus image earlier posted in discord, available under the gallery, and it’s called “naked pizza night”. It has a tiny bit of animation added.
Simple gallery added. If you started your play-through with v0.2.0 through v0.3.2, it’ll unlock all entries in the gallery when you finish (or already have finished) chapter 2. For a play-through started with any version, it’ll also unlock entries as you view the relevant scene.
Fixed issues with missing image errors, reported by some players when the game is placed into a deep folder structure.
Fixed wayward lip piercing in some images.
Minor tweak to the alternative splash screen that displays on the main menu sometimes after finishing chapter 2, to use a wider range of expressions.

Ch. 2 v0.3.2
No new story content! If you played chapter 2, there’s no reason to download this (unless you want to play it again).

Several spelling and grammar fixes.
Reduce transparency of text-box and menu items to obscure the images less.
Add a hide button for tablet and phone (android).
Several minor tweaks to the end game summary.
Prevent skipping of floating text through mouse-click to prevent users accidentally skipping the next one too if there’s several in a row.
Add second state to alternative splash screen that displays on the main menu sometimes if you did the pinky swear.

Added chapter 2 in Light of My Life
Several renders touched up and spelling/grammar corrections to chapter 1.
Very minor rework of chapter 1 dialogues for clarity or to add some minor choices.
Fix Brooke lovepoints being awarded to Macies pool in chapter 1 (v0.2.x), and corrected both pools to compensate.
Alternative main menu screens for self-avowed supporters and after completing chapter 2.
Tutorial messages to alert the user they can change relationships and names from the preferences menu.

Brushed up some renders where the youngest ward was clipping through her t-shirt.
Reduced size of some textures in the dream sequence from 4k to HD to hopefully prevent reported crash.
Added option to set the relationship and modes of address labels, as well as names, through the preference menu. You can still use a lewd patch if you are so inclined, but you don’t need to anymore (especially useful to Android users I think).
preferences detail.jpg