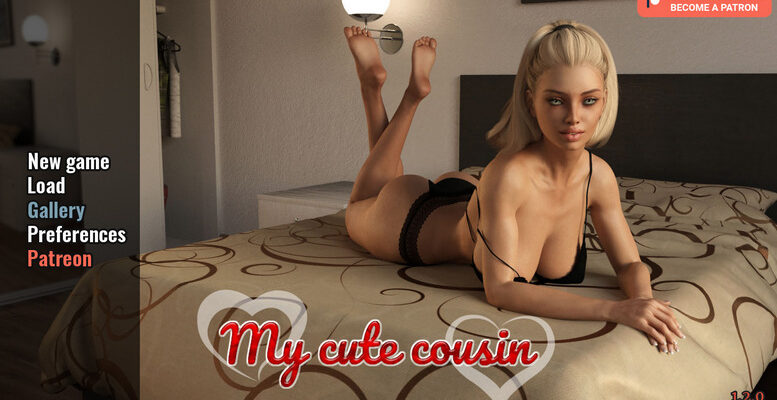 Finally came the day where our protagonist graduated from high-school. Now it’s time for him to step into adulthood and go to college, and to do that he needs to move-in with his once fat and ugly bully of a cousin (whom he hadn’t seen since his tender childhood) in the big city.
It’s the time to take the opportunity to plunge into student life full of drive and debauchery…

+ Changelogs
This is the final extra version of My Cute Roommate!

– Added the ability to beat Dick at the end of the game.
– Added translations.
– Added scene replayer.

If the file in the error message is “game/update.rpy” and line 12, then:
Download the attached update.rpy and place it into the /game folder.
Restart the game and try to continue your journey.

Attention: These fixes only works/tested on PC version. If you use Mac version maybe they will works, but never tested it as I don’t use any apple stuff. For android version, the console not really works, so these fixes probably also won’t works!

v0.9.1
Hi, thanks for your support. This is a small update of the game. Added translations. Added scene replay. New content will be in this month.

v0.8.0
(0.8.0ex for android will be aviable June 13) What’s new:
– You can name a “roomate” as you like. In the text there is no mention of a roomate, you can call her cousin or anyone.
Added sex scenes:
– FFM Roomate and Emily
– Sex scene with salesgirl

+ Screwdriver Location:
Talk to the shop keeper, get her fully naked and keep visiting until she mentions you should come by at night.
Visit her when the clock goes from 10pm to 11pm and the event will trigger.

How to activate and open the console:

+ SCENE REPLAY MOD
This is a Mod to enable scenes replay on version 1.6.1 Final EX to EX+ version. Tested in Win10
Inside *.rar there are .rpy files , place the files in the game folder where gallery_scene.rpyc is.