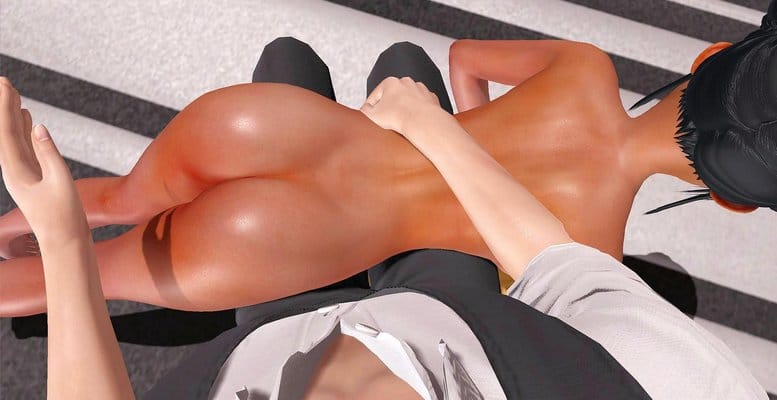 In the not too distant future, on a small island nation, a crisis has arisen. The number of students graduating from school has fallen sharply and university places are going unfilled. Faced with the prospect of mass unemployment and potential economic disaster the government is forced to introduce emergency measures. All students over eighteen who failed or were expelled from school are to be forced back into education at a number of special facilities…

v0.13.0
This update sees the conclusion to Rachel’s storyline and punishment system where we raise her to level 10. There is also a significant amount of content for Miss Newman as we introduce her to the headmaster’s most advanced disciplinary techniques. As well as adding several new actions to the punishment system we’ve also redone all of Rachel’s punishment animations to bring them up to current standards and to add the red butt effect. The update contains around 40,000 words of dialogue, around 1000 new renders and over 300 video files.

Major coding changes
A skip to chapter 2 option has been added
The stats bar now displays a description of what each statistic does when hovering over each icon
The game’s economy has been completely overhauled. Several items and construction projects have reduced costs. The headmaster will also get raises from the school’s owners after passing certain rules. A large bonus will be given when starting chapter 2.
The way the game’s statistics are coded has been changed in order to pave the way for different game modes (e.g. easy mode, hard mode etc) as well as some other new gameplay features.
Discipline and grades have been “padded” to increase gains and reduce losses when close to losing the game.
When there is a new item, email or construction option available on the headmaster’s computer, a star will display on the appropriate icon
Almost all of the games image buttons have been re-coded to remove unnecessary hover images
Almost all “baked-in” text has been removed to make translations easier

Although there is no new content in the public release there are some changes from the Patreon only version. As well as adding the Fench translation, we’ve also added a number of new options to the cheat menu, including the ability to changes paths in Priti’s story and the ability to change your character’s name. Dozens of small bugs and hundreds of typos have also been fixed so this should be our most polished release to date.

Changes from the Patreon only version

By popular demand, Priti will be the main star of the update with her own storyline and punishment system. The other characters with significant content will be Charlotte and Harriet. Although there are also some big group punishment scenes featuring several other girls. As decided by a recent poll we’ll also finally be getting unrestricted access to the girl’s locker room.

Four new repeatable sports events
Four football practice events
New scenes for Lucy
Lucy will now clean naked
Lucy will offer extra services (currently spanking, dancing and kiss)
Double spanking for the twins from HM and Claire
Public punishment for the twins
Poolside punishment for the twins
A spanking scene for Samantha or Arabella
Sex scene with Amy in the girls’ locker room
Threesome with Rachel and Debbie
Body searches for: Emily, Alice, Priti
You can unlock the cafeteria (just a placeholder there for now but unlocking it will trigger new scenes)
Two new students (Jasmine and Arabella)
New lunch lady (Patricia)

v0.7.1 Beta
A missing frame of an animation when Amy was getting paddled by the mc without her underwear causing a crash
A crash for some people in the sex scene for Amy
The spying event for Maxine not showing as complete in the replay menu
A crash when taking Amy’s picture
Amy can now be summoned to your office for punishment after level 5

The numbers of days do not mater.

MC must teach classes, to gain grade or to maintain them, if hit 0 game over.
MC must spank in office to make money for items and upgrades. (1 point of discipline each time.)
MC needs to spank sometimes in the classroom, this is not a must but it can help at times with discipline. (If discipline hits 0 game over, you get 2 discipline points doing this).(I will give 1 hint why this maybe a good idea, masochist. There is no difference but it may come in later updates.)
MC needs to do staff quest for Potts first and foremost to stop grades going down all the time and work on discipline as much as possible. (Low discipline = grades go down.)

Its very easy to do quest and all you got to do is read them for what needs to be done.
For those who skip unread text you are screwed because hints are in there.

spy_points = x (1 – 5 with 1 being the best for you.)
(Okay this one the lower it is the more time you get and in the game. 5 is all you get so a 1 is best, you can change it to 1 many, many times to keep redoing the windows in the demo version of the game but its the same thing over and over again.)