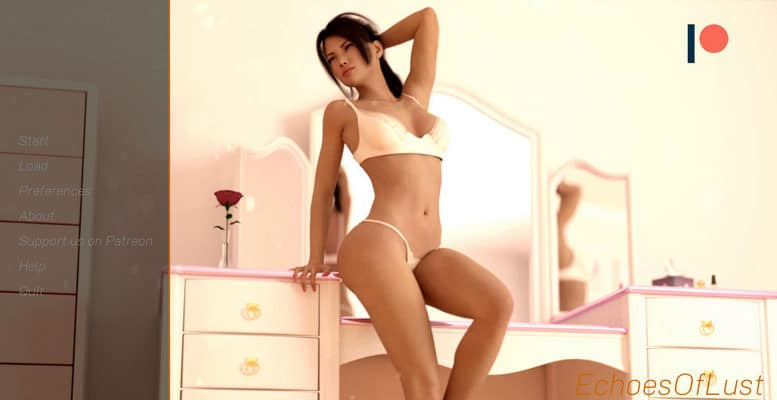 We’re really excited to share with you our new Ren’Py game “Echoes of Lust”!
This is our highest quality project so far. Everything that we’ve learned, in the last year and a half, has been put to use in this project.
The game features a unique story you play as 18 years old living in a house with three beautiful women.​..

Episode 7
This is the biggest, longest and hottest update we have ever made!
Echoes of Lust Episode 1-7 is now live for all 20$ and above Patrons!
Updated stories: Elizabeth story (HOT!), Sophie story(HOT!)
And 1 new EXTRA LONG Hidden Event (350 renders) including Jessica, Megan, Zoe, Ellie and Elizabeth.

An update to Ellie’s story will be released in a Hotfix on Tuesday due to a bug in rendering. Sorry about that. (Don’t worry, there is still plenty of Ellie in this version)