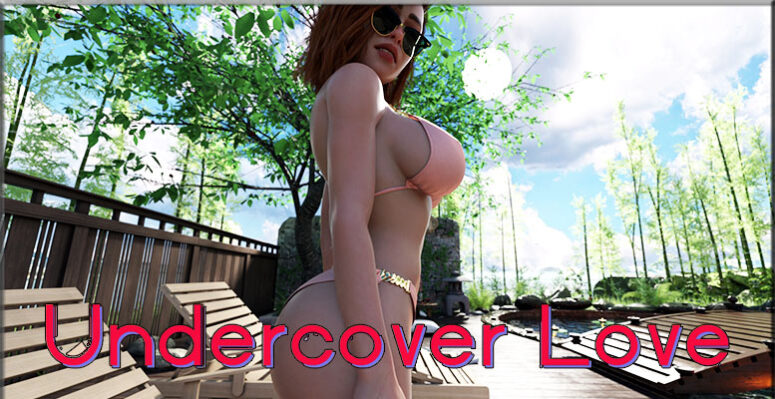 You have traveled abroad for a few years after school. You spent these years doing many things, one being an apprentice to a private investigator. You decided that you want to open your own business, so you decide to go home, only to find out that your parents won’t allow you to move back in, so you decide to call up some old family friends and end up moving in with them in a new city. You’ll discover that the people around you, and the world at large, is not what you thought it was. A world of magic set in a more modern setting, many mysteries to discover and unravel, and people to meet.​..

Fixes jeninowalk (again?? how does this keep coming back)
Fixes afterv1 missing images

Episode 5Cb
This part of the episode focuses on getting to know Kat, and learning more about who’s been causing the problems with Eva’s business.
This is mostly a story update, and there’s not a lot of spicy content. Some, but not like the last update with Kayla and Claudia.
Next update should finish episode 5, and will have scenes with Kat, Claudia, Sasha and MC. I’m also going to put in the second dates.
Stats:
1000 Lines
325 Renders
Couple of videos

Episode 5B2
GPU exploded in November. Took until the end of November to get a new one RMA’d. December retail made me hate everything. New year, much less stress = more game updates.

This update focuses on the aftermath of the murder from the previous update, and MC gets closer to four ladies. Kat, Claudia, Kayla and Eva.

The 2 in the version name denotes a bug fix pass, fixing numerous grammatical errors, a few re-renders, and some photoshop work fixing minor issues on about 40 renders that didn’t need a full render pass. Also added music and sound effects and game should have full audio.

Episode 4c+5A – Sasha Date, MC Investigation and Kat intro – 10/5 Edit*
*Bug fixes, new links added 10/5
New PC had me down for a couple weeks. Up and running now and moving through content. Next updates should be quicker! Sasha Date scene was added in and launched in Aug on Patreon. Added next version with Kat and launching publicly.
Sasha Date added to date choices. Marked as New in menu options.
MC Gets his first job, and finds out where Kat has ran off to.
Stats:
1700 lines of code
370ish Images
22 Videos
New Main Menu background
New music and Sound effects
Cleaned up some old code
Squashed some bugs/missing images/a lot of photoshop work for things like clipthrough, etc.
Known issues:
Fixed 10/5 and reuploaded
Some clipping in office scene after package/upload. Will fix it in a couple days after other bug reports come in.
Dialogue issues during Early Kat scenes
Episode 4B – Animation and Sound
New scenes/old scenes full animated in Undercover Love.
Music/Sound added up to Sasha pool scene. I will finish the rest when I add in Sasha date scene.
Please NOTE: Test volume on 50%. Still getting used to audio, so some things may be too loud or too soft. Please let me know if any sounds/music come in too strong or you can barely hear them at 50%.
Please provide feedback on music or sounds used. Can email me, msg here, comment, patreon msg, etc.
Additions:
15 new videos during Sasha Pool after portal scene and Claudia shower scene. Both scenes should have full animation now where intended.
Added some renders that were missing or bad quality
Added music/sound effects up to Sasha pool scene.
Added a lot of dialogue during animations, and reworked or rephrased some other scenes. Probably 200-250 lines of dialogue. Animations should play while you go through dialogue in a lot of cases now.
Bug fixes:
Fixed lil variable bug
Fixed some poke through/clipping in a couple of renders
Fixed out of focus or black eye issues during evening party scene
Fixed render during jeniwalk in front of coffeeshop
Added or rerendered a couple of images during evening party that were low quality
Fixed some render quality issues during coffeeshop
Fixed missing “white” render
Fixed some spelling mistakes and grammar problems
Episode 4.A Hotfix
Changed compression method. Game should be around 600 megs vs 2 gigs. Quality stays relatively the same. Provide feedback if you see a noticeable difference between old version and new hotfix version if you have both.
Bug fixes:
Menu bug addressed
Fixed 5 blurry images during visit at coffee shop
Fixed some black line issues during walk
Fixed missing images in Undercover Love
Claudia found her nipples during night time scene when MC catches her watching porn. There were some missing assets in those renders. Should be fixed now.
There are still some black line issues in some renders + eye moisture problems (eyes will have strange black coloration) that I noticed while checking this hotfix. Will address in future hotfix.
To those doing compression/android ports: You may want to wait a week or so before you do your work again. I should have another hotfix out, hopefully, by the end of the week that addresses some problems I’ve noticed during the early game. Just trying to give you a heads up. Thanks for the work you do for the community. 🙂

Episode 4
Jeni update!
Switched to episodes instead of version numbers. This is now Episode 4.
Content starts before the Evening party scene. You’ll hear someone crying, and go to investigate. If you want to see the new content, be persistent and then choose to skip the party and hang out with Jeni.
Later, you will have be given the option to go out on a date, and there’s a couple of people interested. Current date content involves Claudia and another with Jeni. Sasha’s date will be added later. It is highly recommended to save your game here to see both date scenes.
This brings the project up to date, chronologically. In the future, I will attempt to put out content in a fashion that negates or at least lessens the need to redo old content, to see the future branch. This is a test, and I will see how well it’s received.
Saves may be broken.
Next update will be music/sound and videos. I will be adding the third date, Sasha, during this update also, but I will be spending the next couple of weeks rendering video and filling in the scenes I’ve wanted to have video in. If there’s an image series, you can expect a video clip to be there in the future.
Stats:
About 1900 lines of text/code in Undercover Love
500+ renders
A few clips.
Current known issues:
One missing render between Jeni Shop scene and Jeni Beach scene
One render during Jeni Walk scene that the lighting has somehow disappeared
Some render quality issues that I have noticed in older content, which I will address in a future patch.
If there are any bugs/crashes/missing renders/dialogue problems/dead ends, please feel free to email me at [email protected], leave a comment here or message me on Patreon and I will address it as soon as I am able.

Update v0.0.15a
This update focuses solely on updating Jeni to her new model, removing old variables that won’t be used in the future, rewriting some things that have bothered me for awhile about the early game, or changing renders that I’m not happy with or that used old techniques that I have since found better ways to accomplish. There are also a couple of new scenes, but not the normal amount of new scenes I typically put in.
I’ve also tested compression and will be exploring better options in the future, but I wanted to get the size of the file down to something more manageable in the meantime and easier on folks who have slower connections.
I’ve learned how to fix clothing looking like spandex and adhering to the models skin under all circumstances, and I have applied those fixes to some of the older renders, specifically with Claudia as her assets exacerbate the issue. There are more to go, but I will apply those over time so it doesn’t take too much time out of my update cycle.
Stats:
130 or so new, fixed or rerendered images.
About 200 lines of dialogue.
Fixes:
Fixed many grammatical errors that I had overlooked. Fixed phrasing in some statements to make it more clear.
Fixed 6 or so images that had clipping issues.
Fixed some images appearing out of order with the conversation in the following scenes – Claudia changing scene after cameras, Evening party scene right before night time transition.
Two new scenes in Undercover Love:
Claudia catch up scene – Removed dinner scene. I didn’t like how it looked and it seemed too impersonal. Also had some issues posing and rendering so many figures. Got rid of it for a more personal catch up session with Claudia instead. Now some of the other conversations make more sense.
Conversation before first pool meeting with Sasha, with Jeni, spending more time talking to her. This conversation has an important choice that will matter in the Jeni update.
Added option during Yoga scene with Claudia to turn her down if you feel she’s moving to fast if you made the choice to go find Sasha during evening party. This adds some additional dialogue with placeholder images.
Compression:
Experimenting with different compression methods. Currently compressed this update using conversion to JPG’s over PNG’s. I do notice a slight quality loss that I’m not too happy with, but it’s 500 megs vs 1.7gigs. I’m going to continue to look for a better method that is lossless vs the lossy method I’ve used for this update.
Known issues:
Clipping during one of Claudia’s scenes after coming downstairs.
Two out of focus images at the end of the party scene that I need to spend the time and rerender.
Update v0.0.1b
Third iteration of 0.0.1. This uses the newly updated Renpy and has 1 crash fix and a few render/video issues resolved.
New Renpy version also fixes issue with some machines not being able to launch the game.
New:
1 New clip added during last scene with Sasha
1 extended clip added during last BJ event
Render Fixes:
Fixed sizing issues in Kathryn scene near the start
Fixed lighting issues during last Sasha video scene
Undercover Love Bug fixes:
Fixed crash during Dad conversation scene when choosing “Lie about last night.”

Update v0.0.1a
Second iteration of v0.0.1, which was released early on my Patreon.
Fixed some issues with missing renders/incorrect code
New:
360+ renders in Undercover Love
7 animated loops
1500+ lines of dialogue
Added renders to or changed dialogue in some previous scenes to make them flow better
Added story choice during Evening party with Sasha, Claudia and Emma. You can now chose to follow Sasha when she leaves the event.
Bug fixes and render fixes:
Fixed a few images in Jeni pool series that had a lot of noise
Fixed a few images in Kat room series that had some clipping issues
Fixed an image that was out of focus in Claudia dishes scene
VN Update v0.0.08a
Conversion to VN, dropped sandbox.
Saves will be broken.
Undercover Love Some bug fixes.
50 or so new renders to fill in the gaps and make the game flow.
Removed part of the Sasha running story, as it doesn’t fit the timeline with current content. Will be added back in next update.