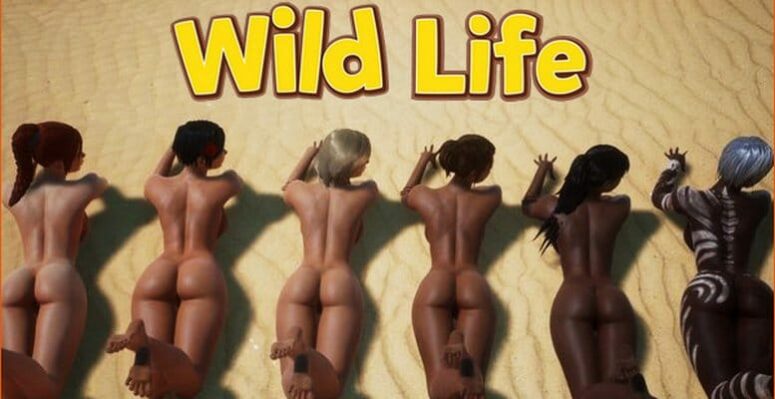 We live in a mad universe… indescribably vast… full of wonders… and terrors. And amidst all the chaos, sometimes things even turn out.. sexy! Play as one of many possible characters, female, male*, or creature* and fight and fuck your way through a wild experience. Our story plays on a small and rather unknown planet called K’apal. Only few civilized humans have ever ventured here, some miners guilds to claim the precious rare minerals that can be found here, scientists studying the natives and the flora and fauna. And also raiders and poachers trying to make a fortune selling rare creatures to rich and eccentric collectors and off-world beast arenas.​..

• Resolved arrows getting stuck in water

• Improved arm deformation on some characters

VR is broken with this engine version and to prevent issues we had to disable the feature entirely (we hope to bring this back as soon as UE4 has fixes for this)
The crash while switching levels or resetting the game is still there but we implemented a level selection screen in the main menu to offer a workaround for now.
Some textures might not load properly until you toggle video settings down then back up

Known Issues:
– Crash when switching levels or restarting map (quite likely to occur)!
– Crash when starting up game in fullscreen mode while the game window is not in focus
– Dark square on ocean surface when looking down from above
The bad news is that first known issue. We are still working on it but we didn’t want to postpone the release because of it since it’s quite a foreseeable issue. This seems to be a well-known problem in the UE4 dev community so hopefully we will be able to fix it soon.

Build Release 19.12.2019
Merry Christmas to all!
We have a new version ready for you 🙂
Check out the changelog here.

Additions since the test build:
– Added wing texture customization to Skin category of the character customizer
– Added a bunch of new animations which can be read about here under the “new since testbuild” section
– Added a secondary weapon slot in the inventory (Default key to switch weapon is X)
– Added ammo indicator
– Added survival needs system (Hunger, Thirst, Sleep – Has to be enabled in the game settings menu)
– Added hidden christmas quest
– Added new cliff models around hunting grounds

New Known Issues section (ist die komplette liste im whats new screen):
– Resolution and fullscreen settings are broken at the moment due to an engine bug. This will be fixed once we upgrade the engine
– Weird shadows at the starting area
– Item icon sometimes does not appear while dragging and dropping it in the inventory (Drag and drop still works, though)
– Kral’s pathfinding breaks when teleporting to Oasis before completing quest line
– Futa Jenny has no dick physics while wearing naked costumes

Known Issues:
-You can still suddenly die when jumping or running at certain areas and situations
-If you don’t give Chakkar the fight he was promised, he will start to go rampage in town
-Player lips don’t move during voiced dialogues
-Hyena combat still has a few bugs
-Landscape collision and floating meshes are still an issue

Build 2019.07.19
New Areas available!
Kerpali Canyon Village, the main village where our Kerpali friends now live
Canyon Hunting Grounds, nice forested area of the canyon
Updated general landscape material to represent better the different biomes that will appear in Wild Life
3 Teleporter stones now help you to get quickly to relevant locations to explore the new areas.
First Demo of Combat released (Currently only as human females – not Shey): One of the teleport stones leads you to a combat testing area with some hyenas to fight. Pickup spear that is placed in the area and press R to draw weapon, left and right mouse buttons execute light and heavy attacks respectively.
New Character: Jadeen, a Tribal lady (based on Shey’s proportions)
Over 75 new sex animations (among which: gay and lesbian animations, check out the full list HERE!)
Max X Ryan, Kral X Ryan, Kral X Rawn are the pairings for gay animations
Some additional sex animation variations for a few existing poses
Implemented basic controller support (it’s far from done yet but you can already try out movement and combat – UI doesnt work yet)
Added a HUD with compass (and some markers), quick access item slots (still WIP and not fully functional), health and stamina bars and action signs
Added new Spear weapon for Maya (Can be found in the combat testing area)
Added a lot of new sounds for environment, movement and combat
The Character Spawner now is permanently on the player (open it with T key)
Kerpali characters now live in the Village and no longer creep around in the Oasis
Adjusted some movement values for characters (please give feedback about how the movement feels)
Fire from fireplaces now burns you
Added some blood VFX for combat
Started implementing simulated cloth and hair (maya hair and tribal clothes and weapon feather for testing atm)
Added rabbit and fat rabbit creatures (spawnable via the character spawner). They don’t do much, except for walking around and dying (death behavior not done yet).
Added ragdoll on death and death screen
Controls changed:
Flight now starts with hold F key
Camera reset now with V key
And many other smaller fixes, changes and balances

Water will look strange until you lower the effects settings in video settings down and up
Nav-Mesh has some issues in some areas resulting in NPCs sometimes not being able to walk to certain areas.
Drawing weapon during flying can cause strange behavior

And if you don’t want to put that ‘xinput1_4.dll’ in your system32 folder, you can put it next to ‘WildLifeC.exe’ or ‘WildLifeC-Win64-Shipping.exe’ instead. 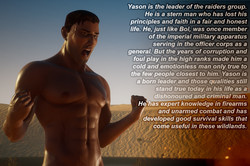 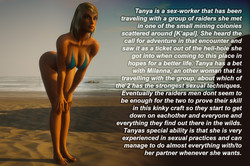