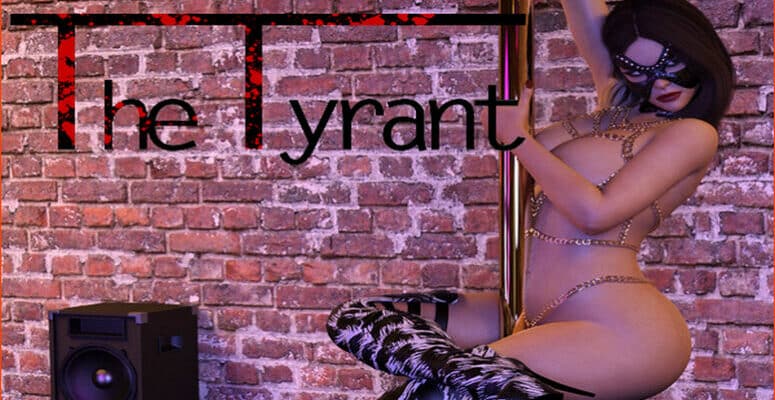 The game will about the son (player) who returns from his year as an exchange student. It was his last year of school and he comes home to find a job. When he comes home he notices that some things have changed, badly. At home lives his mother, his step-dad and his two sisters (one younger, one older). His step-dad was always a good man and you and the family accepted him as a real dad. What has changed and why it “could be bad” will be revealed in the demo of the game. Some will say, oh no, the typical incest mother/son, brother/sister game. But in this game it’ll be the players choice as to what content appears. The player can choose who he’ll romance, if he wants to start a romance with a family member, get a “normal” girlfriend and so on. He’ll get to choose which way he wants to do that, start a gentle love story, be an asshole who takes what he wants or corrupts them to earn money (example). The player can decide everything, for example: Whether to have a secret relationship with mom, a gentle romance with a girlfriend while forcing his sister into a relationship with a friend, who pays him for this. Or leave the family members alone and have several girlfriends instead. So the player will decide everything in the game, what he wants to do and how he wants to play. Like a dating simulator. But this game will have a dark (rough and violent) background setting and there’s always rivals, which look to “steal” your girls; and the tyrant himself as named in the title. It’ll also be harder to archive your goals and there will be many ways to get there. Almost all content will be avoidable.​..

+ Changelogs
v 0.9.4
– weekend trips (love) for Nicole and Alexis
– weekend trips for Nicole, Alexis and Cassandra (NTR). Just go on a corruption or love trip with them and have to low relationship and their other NTR events before, see helper.
– A new event with Cassandra when she‘s your basement slut (corruption, 9am)
– more training with Cassandra before she have her second event in the basement (corruption, 9am)
– a event in the parents room at 7pm after you told Bruce to get his hands off Nicole
– some repeatable events won‘t occur anymore when a character has passed a certain point. The repeating at this point won‘t make any sense. (for example the meeting of Martin at the front door at 2pm)
– some repeatable event are reworked, so the haven‘t the same text every time
– you won‘t lose relationship points any longer when NTR is off (that makes no sense then)
– the shaky relation events are gone, that experiment was crap
– The Tyrant bugfixing

v0.9.1
– 1 new event with Nicole pregnant in the shower at 3pm (love and corruption)
– 1 new event with Nicole pregnant at the parents room at 7 pm (love/ the missing one from 0.9)
– 1 new NTR event with Alexis, 2pm at the secret place
– 1 new city event for Nicole, Alexis and Cassandra on the weekend (corruption), look in the helper for requirements
– 1 kill option for Davide, can fail in NTR with consequences (trigger automatically after the important Bruce event, more info then in the helper too).
– the contact info menu got more details, like a babycounter and some other stats, accessable by clicking the images in the contact menu on the phone.
– fixed some bugs and typos (couldn‘t reproduce a sleep-bug, maybe need further investigation)

v0.9:
I finally made it. I solved the pregnancy code issues, which were the main cause of the many bugs the game code had, when I implemented it first.

It caused a huge mess because I did some causal mistakes then, so the code would never run bug-free. This was the most difficult I‘ve done so far and I was freaking out because I wasn‘t sure I could ever solve it.

So this is now a part of 0.9, with the pregnancy system and some pregnancy events. This should be the first part of the update, which I planned to release much sooner, but couldn‘t (see above). I tested it extensive, but with the help of many more eyes, I can be more sure that it‘s bug-free. The second part are mostly new events and the killing system, which are most easier to implement. I literally locked myself in to finish them, without any outside influences to get it done until friday.

How the pregnancy works:

You can impregnate a girl when you have a event with them where you can cum inside them. Normally Nicole and Cassandra are still on the pill (getting rid of them are events in the second part), so now you have a chance of 33% that the pill can fail. Or you turn always pregnant on in your room (or turn it always off).
After you inseminated them, they‘ll inform you a few days later (the event for that will start automatically) and you have a last chance to abort it, if you had chosen wrong.
Then you can fast forward to their late pregnancy state (also in your room settings) and have some events with them. For now, a corruption, love or NTR event. Old ones are turned off until I implement more new images/events. The best way to see their state is at 12pm in the dining room.
The last stage is the birth, which you can start at every time in your room again. (There can be some more NTR when you trigger it right/wrong).
When the birth is done you can impregnate them again and again, as often you like. (A baby-counter is also something in the second part update).

v0.8.5:
– 1 extended event with Alexis at 9pm in her room (need 20/40 love or corruption) to see all
– 1 new event for Cassandra and for Nicole at 4 pm in the basement for love/corruption and NTR paths (Love and Corruption paths are in the helper, for NTR do it once in love or corruption path, then do it again with low relationship)
– 1 new event with Bruce. This triggers automatically, when you get Cassandra or Nicole to a certain point on their love or corruption path. (Just play one of their paths to the end).
– Finished all clothing events. Cassandra will at one event wear only their level 1 clothes, when she came home, and when a girl still wears her normal clothes, it‘s supposed to be for that event that they won‘t change their clothing.
– Fixed some bugs and updated the helper. The NTR night events with Alexis and Nicole will now rotate randomly, at some point it was not possible to see both of them.

v0.8.2:
– 2 new punishment options for Nicole in the basement (ass on ass event)
– all new clothes for Alexis and Cassandra (buyable in the new shop)
they can be gifted at 12pm, but they won‘t wear it at all their events yet
– 1 new NTR event for Cassandra (to start you need to have her weekend event one time done, relationship under or 5 and knew Frank (the tanning saloon owner)
– the weekend morning event, where you can tell nicole about the „girl(s)“ you found. The event changes when you reached certain events with the girl (like you made someone a slut, for example).
– Fixed some bugs
– Some minor changes (like changing buttons or a skip repeating option for some events).

after some testing I found the solution for the crash and out of memory errors. Some older/slower graphic cards seems to have problems with webp images. After just renaming the extensions, it works now. (I got positive feedback from testers).

Also this version is modified to run smoother and the position of some images are fixed now, some layers were glitching in 0.8.

v0.8:
– 2 new punishment options for Nicole in the basement (ass on ass event)
– all new clothes for Alexis and Cassandra (buyable in the new shop)
they can be gifted at 12pm, but they won‘t wear it at all their events yet
– 1 new NTR event for Cassandra (to start you need to have her weekend event one time done, relationship under or 5 and knew Frank (the tanning saloon owner)
– the weekend morning event, where you can tell nicole about the „girl(s)“ you found. The event changes when you reached certain events with the girl (like you made someone a slut, for example).
– Fixed some bugs
– Some minor changes (like changing buttons or a skip repeating option for some events).

v0.7:
– the love options for Irina’s date
– the second lesbian date between Alexis and Irina (with NTR also, but only for the NTR path of course), Note: the event before in the players room must be done again, I forgot to set a trigger.
– a new animation (when you have sex with Alexis at her love date)
– adding a option to name your saves
– set the frames to transparent, so there’s no background on the text anymore (more to see from the images)
– the messenger, which you can use to find events or go on dates and receive messages
– adding some images, for giving gifts were some missing
– fixing some bugs (not all, others will be done with the script-patch)
The messenger itself need some polishing (also script-patch), but it’s working for the planned things. And there’re some changes, you’ll get a invitation through the messenger for the following events:
– Dates with Irina
– The new lesbian date
– The NTR date between Davide and Alexis at the secret place (weekend)
– The NTR subway event with Nicole (weekend)

Also you’ll receive some messages from Nicole, (love path) and you can reply to them (love or corruption). But you can only reply to the latest message, so if you want to get the chance to reply to all of them you can start a new game or cheat the points lower. She can also send you images. Corruption and NTR-player have to wait for the patch, then I’ll activate there options.

All messages you receive happens to a certain time and maybe a certain day (Irina dates and NTR-stuff), so you need to play maybe a few days until you get a message.

+ S A Z Mod
I made this because I loved the story concept and wanted more content. I also wanted to differentiate the paths you can choose even more.

The goal of this mod is to add more story content (mainly via Dialogue and reusing original assets in new ways) for many different tastes.

The NTR content has been seperated into four “Darker Paths” for this mod. Voyeur, NTR, Revenge and Sadist. It is avoidable by either keeping the MC’s relationships with the girls above 5 or but turning it off either when you start the game or by turning it off later in the added cheat menu options. Additionally many of the “Darker Paths” scenes have an option to avoid them built into the choices.
The Love/Corruption paths have been extended to help make them more robust. There are added scenes using the Love assets to create Corruption events and vise versa. These are called Twisted scenes. Additionally there are completely new scenes added from Fan-Art and my own renders.

While it may seem that the “Darker Paths” are the primary focus of the mod because their explanation is so long, I assure you that is not the case. I have added plenty of content for all sides, including Love/Corruption, so that hopefully anyone that likes something about The Tyrant already will have even more to enjoy.

I’m sure there are typos or oddly worded sentences still in the game as this mod is a constant work in progress. I hope they are not too jarring. In the end, this is just for fun. I’m not a professional. Don’t hate me if it sucks! 🙂 But if you do happen to enjoy it, then I’m glad.​