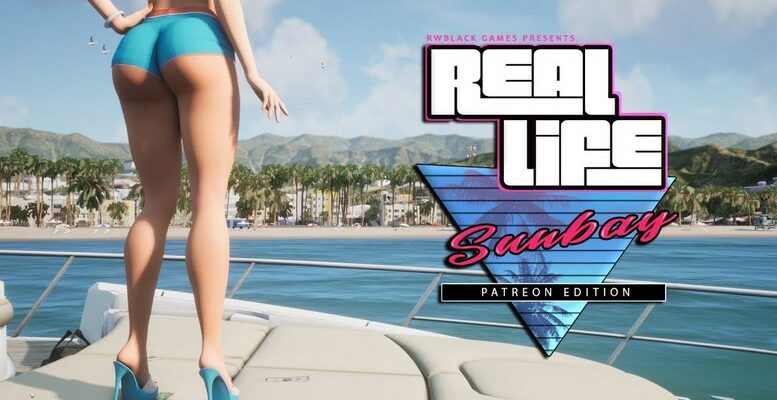 After a successful heist, James and his gang leaves the city. His sister staying there but every week she sends him a postcard. This means that everything is fine. Many years go by. One day the postcard has not arrived. James knew. Something gone wrong. He’s coming back to find out what happened.​..

No more gated content ever.
More detailed info about the game itself and the development progress you will find at out Patreon page.

+ Walkthrough
Find the Dictaphone first at the end of the street.
After that, go back to Barman. He will give you a key to the secret room.
Find the blue rusty door near James house.
Fuck that bitch.

+ Changelogs
v.2019 December
[added] New sex scene – spanking. New game mechanics are implemented here. No more clicking on the circle. Watch the reaction of the characters in the sex scene and act on the basis of whether it gives them pleasure or not.
[added] Sexy sounds for spanking scene.
[added] Drunk sex scene at the bar inside of the fetish club (preview)
[added] 17 new animations (including spanking, twerk, street npc’s…)
[added] new twerk mini-game at the beach for gain sex-appeal (they change poses and undress)
[added] new global street ped controller (with possibility to expand to react for the player actions)
[added] 7 new vehicles into world
[added] car AI movement system (beta)
[added] when the car hit the player your sex appeal going to zero, and your money drops on the ground
[added] ragdoll to the characters (for the player and for the idle ped’s) (beta)
[added] huge optimization for all ped’s npc and vehicles
[added] new street girls and outfits
[added] new security guards
[added] new npcs “the gangs of edgewood” (outfits and animations)
[added] integrated a new audio engine (environmental sounds 1.0)
[added] more sounds
[added] christmas event props
[added] notification to open smartphone at the start of the game
[updated] video option menu is improved
[updated] turned off camera collision for all palms, street lights and signs

v0.4 Beta
Beta build with third person action-shooter mechanics is here!
For now you can reload ammo only when your ammo count drops to zero and in while aiming mode is on.
This is not a full release of the upcoming update. In this beta, only one location (dungeon with enemies) and the old scene with Madison.