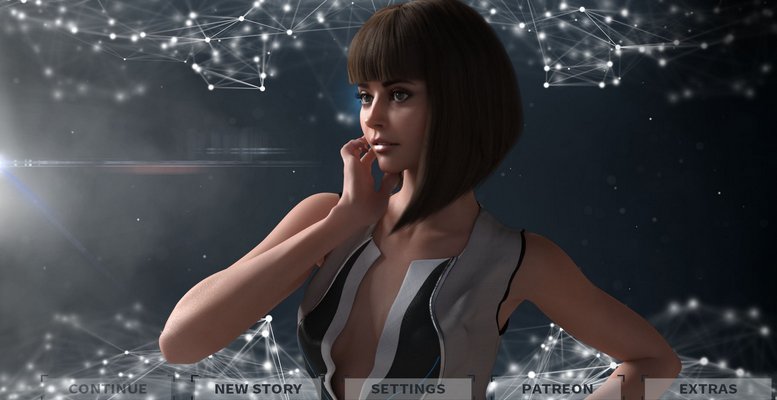 In the near future, where artificial general intelligence is reality, and androids are now a part of human society, you’ll embark on an intriguing, elaborate and steamy journey. During your play-through, you’ll be met with numerous choices, most of which result in different outcomes. The plan is to create a very complex story line, with many different paths to go down. Giving you the possibility to tailor it to your liking…

+ Changelog
v0.8.1
– Chapter 8 is longer than the previous one
– a new character, Mizuki.
– two side/one off characters, in four different locations.

v0.7.1
Chapter 7, has arrived! This time, there is a disclaimer, that you definitely have to read before playing.
VERY IMPORTANT NOTE: To play Chapter 7, you either have to play the game from the beginning, or from a save file that is BEFORE Eve’s choice at the end of Chapter 4.
As many of you probably have noticed, there are usually no issues with continuing the game from wherever you left off.
I’ll do my best to keep this one an exception in the future!
– The animations and the the walk-through for this chapter are coming soon! This one was a giant undertaking, and I didn’t want to keep you guys waiting. But they are coming.
-This chapter has 2 major decisions. Without spoiling anything, one of those will drastically alter the relationship of the characters involved in the future. And the other is pretty significant as well. They are significant, because there is no ‘correcting’ them in the future.
-This chapter also features three different sequences that play out differently, based on your previous choices. One of them is the very beginning. There will of course be a fully detailed explanation in the walk-through section.

v0.6.1
– A new animated scene. There is another on in the works for this chapter, but it will be added a bit later.
– A new ending sequence has been added. It is triggered by a decision made in Chapter 3. If you have a saved file after the kissing scene at the very end, it MIGHT not work, if you saved it with values that otherwise would’ve triggered the recently added ending. If you run into any problems, just load an instance prior to that scene.
– The EXTRAS menu option is now functional, with a sub menu: WALKTHROUGH.
This label will pop up a spoilers warning. After clicking yes, you will be taken to the newly added walk-through page, where you can check out details about the puzzles, as well as how decision decisions influence different scenes, etc in Divergence: Beyond The Singularity.
Though it is kind of spoilery, you can be sure that future content will never be spoiled there!
– And of course the new route.
SPOILER WARNING, YOU MIGHT WANT TO READ THIS AFTER YOU’VE PLAYED THROUGH THE NEW ROUTE.
The injection scene can go a different way, if you hesitate. That decision will have pretty big consequences in the future!

v0.5.2
1) During Elliott’s investigation a ‘HELP’ option pops up 30 seconds after not ‘analyzing’ anything. It contains a small hint as to what to look out for in that puzzle.
2) The clicking mini-game during Isabela’s private time is gone. At some point, we’d like to add animations there as well.

Chapter 5
New chapter in Divergence: Beyond The Singularity, focusing on Isabela and Elliott.

Chapter 4
– We will always try to anticipate the future, so the game’s save file compatibility can be maximized. That means, that right now you can continue from any of your previous save points, if you don’t want to play the game from the beginning.
With that said, if you encounter any issues (music cutting out, etc.) just start a clean, new game. Now we haven’t encountered ANY such issue during testing, and you shouldn’t either, but it’s good to be aware of, just in case.
– In Chapter 4, you will see an icon next to a “NEXT” prompt, that kind of looks like diverging arrows. This icon represents that there was a specific choice made earlier in the game, that influences what you’ll see next. At the bottom of this post, after a spoiler warning, we’ll reveal exactly what it is, since this is the first time we use this mechanic. (It’s nothing major by the way.)
Divergence: Beyond The Singularity First public.