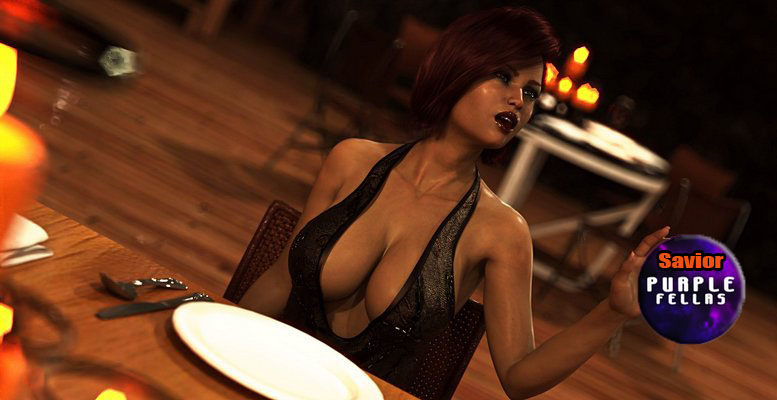 In Savior game, you take on the role of a man who was genetically engineered by his scientist parents due to infertility. However, our hero hides a big secret inside of his genetic code. With the world in great peril, it is up to our hero to discover the secrets hidden within his blood and awaken the great potential lying dormant within.
Along the way, our hero will encounter many hot new… acquaintences. Will they be friends or foes? Will they do battle, or will they be doing each other from dusk until dawn? The choice is yours! Be sure to choose wisely, because you are…The savior.​..

v0.10d
Fixed the issue with Olivia’s conversation at the beginning.

v0.10c
-Fixed one of the animations
-Added a new line of code to give players a chance to switch evil route with Olivia at the beggining of version 0.10 (Your evil points must be higher than good points)
-Added extra line of dialogues for the players who are still in a good relationship with Amber (It’s a small change but it implies that Olivia is aware of Amber and she is not really okay with that and expects Mc to choose someone eventually)
-Added one more animation for the evil route
-Added 6 extra renders. (We found that some of the facial expressions were not compatible with the context)
Proofread is done
-The size of the game is reduced from 6.44 GB to 2.81 GB (We reduced the file size of the Webp files. But it’s almost impossible to notice any quality -differences)
-Fixed the issue with one of the in-game music

v0.8e
-New scenes with Amber and Daisy (Depending on your choice about Amber from 0.7)
-37 New Renders
-2 New Animations
-Music And Sounds Added

v0.7
-452 Renders
-7 Animations (There is a clothing error in one of the animations. It will be fixed after the beta release.)
-New Storyline With Amber
-New Storyline With Daisy and Olivia
-Main Storyline Progress (With this update, new possibilities will open for most of the main characters)

v0.6a
-494 Renders (Three Of Them Added After The Beta Release)
-11 Animations (One More Animation Added After The Beta Release!)
-Main Storyline Progress.
-New Optional Fetish! (Futa)
-New Characters (Sort of…)
-Grammar Mistakes And Typos Fixed.
-Proofread has done for both v0.5 and 0.6!
-Daisy Scenes From The Previous Version Are Now Optional!
-All The Reported Bugs Are Fixed!
-Music And Sound Added in Savior.

v0.6 BETA
-491 Renders
-10 Animations
-Main Storyline Progress
-New Optional Fetish! (Futa)
-New Characters (Sort of…)
-Fixed Grammar Mistakes And Typos.
-since this is a beta version there will be bugs.

v0.5
Hey guys! We are about to finish things up with version 0.5 so, this is our last progress report before the release day. This version will include 530 renders (Could be more. We will see how things will go after the beta test.)and, 9 animations (Again, could be more).

As you already know, our main focus was Daisy and Vanessa for this update thus you will see lots of progress with them and, lots of scenes with one of them. A little tip; there are gonna be scenes for both paths (evil and good) so, at some point, you will make that choice that will determine which path you will follow with that character in this version. You will know that moment when you see it, don’t worry.

v0.3
-Your previous save files most likely won’t work. After starting a new game, the game will ask you if you want to start from the begining, 0.2 or 0.3.
-7 new animations 92 new renders and 108 new character sprites!
-Added Relationship Chart (You can see it by clicking the top left button in the game)
-Added two types of morality for Mc. (According to your choices in the game, you will get to see different scenes for different characters in the future updates)
-The game over screen from “Samantha Park Sex” has been removed. Instead of that, mc’s morality will change depending on your choice.