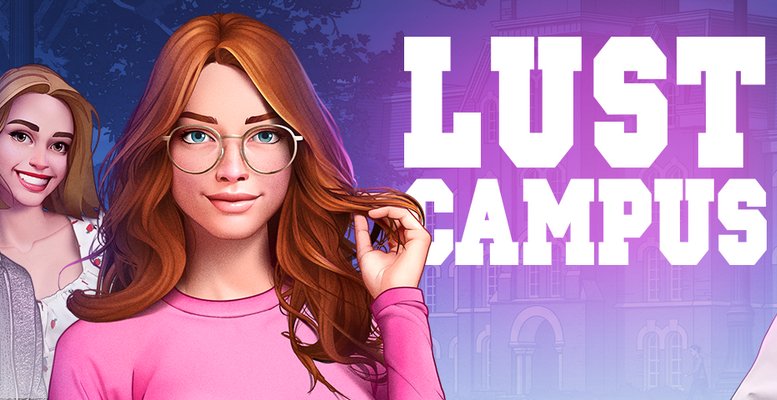 + Changelog
C1R Final
– Fixed a bug in the gallery.
– Fixed some typos.
– Added some sounds in Alice’s hot scene.
– Revamped the point and click mechanic in the first scene.

C1R BETA
Fixed the bugs you told us about. Thanks so much for your help!
Fixed Alice’s phone holding sprite.
Added two new illustration in Alice’s training scene to support the narrative.
Added a new illustration in Tom’s scene. Modified the illustration into a comic-book style to make it fit the GUI better, and added an extra image, also modified.
Added a new image in the library scene.
Added the initial tutorial.
Added some text in the scene with the Professor to reflect your choices in the previous scene.
Changed Alice’s room’s background image. We weren’t completely happy with how it looked as it felt too impersonal. So we had another crack at it. ***
Changed Rilke’s sprites and added two new ones. When we saw him in game, we realised that Rilke’s lying down poses were partially blocked by the UI, so we added a comfy cushion to elevate him. We also added a sprite of Rilke playing with a toy and another one sleeping.
Improved some images’ look (e.g. polaroids).
Revamped the point system.
Unlocked the gallery.
Fixed typos and improved the text with some English idioms.

Ch.4 FINAL
Add Lei’s scene at the party
Improve some dialogs
Implement the unlocked scenes
Make the trio scene a little easier
Remove bugs, all the ones that Tadej and I have found. If there is still some bugs out there, as soon as you report it I will make a hotfix to fix it. Thank you for your patiencie.

Ch.4 BETA
New news interface in Lust Campus.
1 new illustration.
2 new sub scene (PxA and sexting)
1 new scene (chat between friends)
Added music to the party in Lust Campus
Added being able to unlock the scenes you find (it can be viewed at c4_final)

v0.4 Alpha
Alphas are not finished products, that is, they will always have bugs. They are designed as early access for those patreons who want to contribute to the game by reporting the bugs they find, so there will always be errors. If it bothers you a lot to play a bugged version, I recommend that you wait for the Beta to come out.
The Alpha is always less polished than the Beta, and the scenes you find will not be unlocked in the gallerie.
In the Beta we will always add an extra scene, or changes in the interface to make its replayability more pleasant for bugtesters. In the C4 specifically, the content and UI additions in the Beta version are going to be quite large. #spoiler This is because as I have felt sick these days, there are scenes that I don’t like how they turned out, and I preferred to leave them outside the Alpha to be able to retouch them. You will see some little signs of “This scene will be available in the Beta” if you find those scenes during your game.
C4_BETA will come out on the 16th, and the C4_FINAL will come out on the 21st.

v0.3 Final 2
This version does not have new content, it only has changes in the code.

v0.3 Final
Hello guys! You already have here the c3_final.
Important things to know if the last thing you have played is chapter 2 or the demo:

The system of naming saved games has been improved.
A mini trash can has been added to be able to delete the games more easily.
You have 5 new scenes to unlock. That makes C3 the chapter with the most number of scenes to date.
You will find 4 new backgrounds and a new character.
Your saves have to work without problem.
The Spanish translation has not yet been implemented. This chapter will take longer because I want to review the previous chapters (which were not working correctly).

If you come from playing the Beta.

We have tweaked the sprites so that they fit better with the dialogues.
Fixed a couple of bugs.
Added the option not to kiss Marco and be friends in Lust Campus.
Added a few more lines of dialogue here and there in Lust Campus.