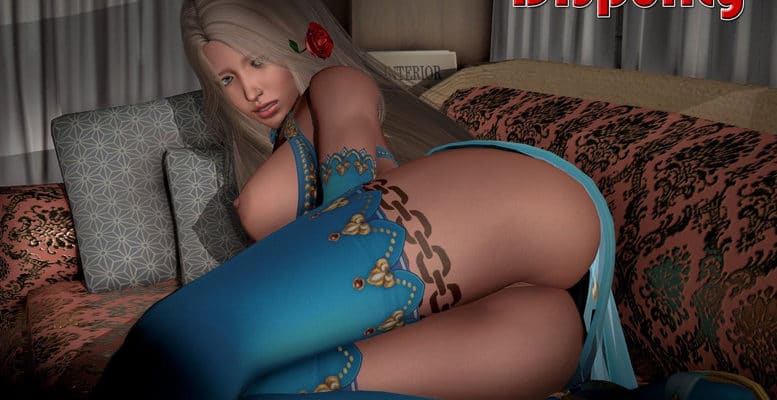 In DISpurity You are soul of a demon from the book of the dead (yes, exactly, the one you thought about). But you love not to tear your victims to pieces, but to seduce their minds so that they obey only you and their lust. Nevertheless, pretty soon it turns out that not everything is so simple and you have left a sinner in your past life, which is just so you will not be free and they will have to be solved. First you enter the house of a large family of three daughters, two sons and parents…

0.7.9
– New branch in the scene with the quarrel between his parents, when Quentin visits his mother in the evening

0.7.8
– continuation of Julia’s training scene in the backyard (for three scenes)
– a three-step continuation of the bathroom scene with Dasha and Julia when playing for Jenn (“Julia wants to pee”)

0.7.6
– Quentin’s new breakfast scene with Jennifer
– Julia wakes up her brother in the morning after a shower.
– Jennifer catches Quentin at the TV with her mother after work
– The scene with the mother undressing in the evening (when playing as Quentin)

0.7.4
– a new scene with Vincent on the couch in front of the TV (playing for Dasha)

0.7.3
– scene with Dasha and Jenn in the supermarket (after school)

0.7.1
– the scene when playing for Dasha with her older sister’s toy (after school)
– continuation of the scene where Dad punishes his daughter for misbehaving (Dasha lies that her leg hurts and she can’t walk)

0.6.7
– The scene with the nurse when Quentin is looking for his mother after school
– The second scene on the beach with mom and Dasha
– Another scene of Dasha and dad on the couch in front of the TV

0.6.6
– continuation of the breakfast scene, where Dasha is playing with a lollipop in her ass
– a new location after school (the men’s room)

0.6.3
— The scene of going to the lingerie shop of Julie and Vinc (weekend)
There’s only one new scene in this update, but it’s very big. In fact, it has two branches and three variants of events. So you will have to go through this scene at least twice. I hope you enjoy it.

0.6.1
– Dasha and Julia have fun in bed in the morning
– Julia peeks at Quentin in the morning (two variants).
– a new scene in room 144 when you playing for Quentin

– Jenn’s new work at the festival – body cosmetics commercial (2 scene variations, 4 different costumes)
– a scene with mrs Sanders in school (for Dasha)
– Dasha’s trip to the beach with her mom (6 different swimsuits)

0.5.9
– Additional scene on the sofa with Dad and Jenn when playing for Dasha
– additional scene with Rex for Quentin when he goes to the backyard and Jenn comes there (Wednesday and Friday)

0.5.8
– two scenes of a quarrel between Quentin’s parents in the evening at mom’s room
– continuation of the scene where the teacher leaves Quentin and Britney after lessons (the line where Quentin saved her and received a kick from Leo)
– Britney’s dance scene after lessons (2 different outfits, the line where Quentin saved her and got hit by Leo)
– scene in the subway when playing for Jenn (after work at the festival)

New events in DISpurity:
— a big scene at the waterfall on Sunday when playing for Quentin (replaces the asian house event).

v.0.5.4
New events:
– a new scene with a teacher playing for Quentin (Monday and Tuesday).
– new breakfast scene at Julia’s
– the scene of my father seducing Dasha (after school) 2 animations
In this scene, you’ll have to face a random chance of luck.
In episodes where you have to try your luck, the chances of winning are great, but even if you fail, you can start the scene later from the same place where you failed.
The last test, where you have to choose a punish, will not be directly related to luck, but … in general, I advise you to punish Dasha at least a couple of times harder.

0.5.3
DISpurity New events:
– a new scene when playing for Quentin in the mom’s office, if he choose along a branch of friends, not a family
– a scene with a body painting for Dasha and Julia
– a scene in the bathroom for Jenn (with Julia and Dasha)
– scene at school for Quentin (with a “bad teacher”)

0.5.25
– continuing the scene with Rex, if playing for Julia when she comes home.
– the second sequel to the scene where mrs Sanders punishes Britney (if there was her group sex in a scene with Leo).
– a shower scene after classes with Irena Patini while playing for Julia.
– the stage in the medical cabinet when playing for Quentin, if a family branch is selected
– 22 animations

v0.4.7
In this version of the game translation of new scenes is a bit different. Write down whether you like it more or less than the previous update translation.

This version is technically a little different than the previous ones, so you need to test its work. So far, the revealed errors are the absence of the picture at the beginning of the day when playing for Julia.If everything works well for you or vice versa – write so that I can know if i can release the game for other patrons.

“Developer mode” – the ability to include save, fast mode (asynchronous) and the ability to play in the window. To enable the mode, add the line dev = 1 (in the [user] section) to data/chr.ini
DISpurity New events:
– A new version of the scene where Jenn bare Julie’s breasts (when mother scolds Jenn for this)
– A new scene in the game for Quentin in the kitchen on Sunday morning (if a branch of family, not friends, is selected)
– Two scenes in the game for Julia, where she meets Rex and his owner (3 level for each scene) when come home

DISpurity New events:
– Continuation of the morning scene in the bathroom for Jenn (from update 0.3.7)
– Continuation of the pub scene (when a woman with a tattoo touches Jenn’s breasts)
– a new version of the scene with Jenn and Dasha in the backyard when playing for Quentin
– New bonus animation in the scene when playing for Jenn, when she comes back from work at the weekend and spying Dasha
– Fix error with white screen after intro