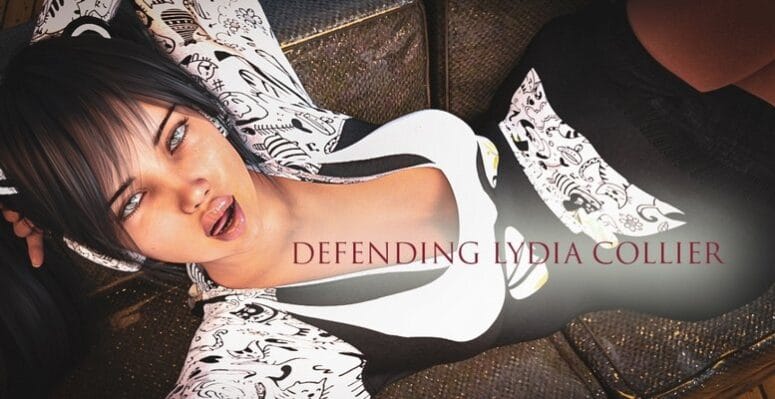 The story of a London-based lawyer called in to defend the wife of one of the city’s most influential and wealthy businessmen who has recently disappeared. You’ll be with the defendant during police interviews through to the trial in court, working to review evidence and help build her case. Along the way you’ll meet various other characters and experience the life of a currently single wealthy London lawyer. Whether your fresh out of school assistant or a local police officer catches your eye, you’ll be able to decide who you wish to interact with and choose to pursue romantically. This game will contain swearing, nudity and adult scenes…

+ Changelog
v0.14
Dozens of bug fixes from earlier days.
New Adult Scenes for Ellie, Samantha, Emma, Jenna, Bimbo Stephanie and Regular Stephanie.
New Missions and information on the main story.
2315 new individual renders and 3 new animations.
Upgrades from Ren’Py 7.3 to Ren’Py 7.5.3 (updates the engine from one more than 3 years old to the latest version. This was necessary for the game’s development and had to be done for several reasons including enabling an eventual steam release that wouldn’t have been possible on Ren’Py 7.3. This adds new functionalities but causes the requirement for a full new download and is the reason there is no “update only” this time around as you need to redownload the main engine too. This should not affect your saves however!).

v0.12.2
Firstly, to avoid confusion, this is not the v.0.13 release of Defending Lydia Collier. This is a “Pre-Patch” that adds in most of the missing content in terms of the computer and Sophie’s tablet to v.0.12.1 where it was missing, but it does not advance the game, it instead sets the game up to be ready to roll straight into v.0.13 next weekend.
This is also the first public test of the new remade and simplified computer and tablet systems, so there may be bugs and any feedback on this is appreciated.
With the game I do not go back and alter old content at the moment, that is something I will do after v.0.16, so the old computer continues up until the end of Day 11, and the new one takes over from Day 12 onwards until the final polishing update.
Betting & Searching are disabled intentionally in v.0.12.2. Searching will be re-enabled in v.0.13, whereas Betting will have a full overhaul in the near future to make it more engaging.
Fixes several bugs and typos.
Adds new Computer UI and roughly twenty news articles.
Adds Sophie’s Tablet, including her diary.

v0.12.1E
including new and extended scenes with Ellie and Jenna.
Added in story scenes bringing the player closer to discovering the truth about the Collier case.
New audio including voice acted audio evidence!
Bug Fixes

So v.0.12.1 will add over 350 renders to the game, making it a mini update as such, additionally these improvements will be included with v.0.12.1:

Transparency slider for the text box.
Bug fix and complete code overhaul for Chloe’s Whistle (enormous thanks to Morbil for helping me with this).
Bug fixes for all v.0.12 bugs.
New Gallery to replay unlocked adult scenes.
New voice acted evidence to advance the story.
Complete and up to date walkthrough.
Sophie’s tablet containing her diary.
Audio implemented throughout the day.

v0.12
Whole new day with over 1,000 new renders.
New adult scenes for Vanessa, Steph and Ellie.
New missions furthering the story and the quest to find what really happening to Charles Collier.
Tons of new code including rebuilding the computer and changing it significantly, hopefully fixing nearly all the problems like stored data and odd rollbacks.
New sound effects and audio in Defending Lydia Collier.

v0.11 Part 1
Over 800 renders long with an animation and stops just before the mission decisions and then Part 2 will pick up exactly where it left off!

v.0.10.2
Adds the “Teams” fully into the game. New GUI when choosing who you are going to side with, with 14 character biographies, images, strengths and weaknesses added in.
Fixed several bugs and typos that were reported.

v.09.1.1
Fixed StephNumber flag capitalisation creating two different variables.
Changed variable so Steph should now correctly recognise you after the lunch trip on Day 1.
Fixed inconsistencies in Yennifer’s and Lydia’s stories, they now should report the same way of getting home.
Fixed typo with an image not displaying in the Day 4 Steph date, image should now display correctly.
Fixed Mayor/Vanessa image being the wrong size in the Day 10 news article.
Fixed the wrong style with the Ellie/Tanya Whistle conversation, making a message appear to come from the wrong person.
Fixed exit button on Whistle Desktop not closing the “about section” unless you opened another chat.

Replaced the .mkv Ellie Animation with a higher quality .webm one.

v0.8
Completes the previous day, and adds a new day to the story with 430+ new renders!
Adds the game’s second animation!
Adds the ability to name saves for your different paths!

v0.05.31
Fixes the errors with 3 characters side images being incorrect

v0.05.25
Adds over 100 new renders exclusively to Vanessa’s path and completes her path for the day.
Adds in side images for the majority of characters to more clearly identify which character is currently speaking

v0.03.1
Fixes error if you did not meet Stephanie on day one