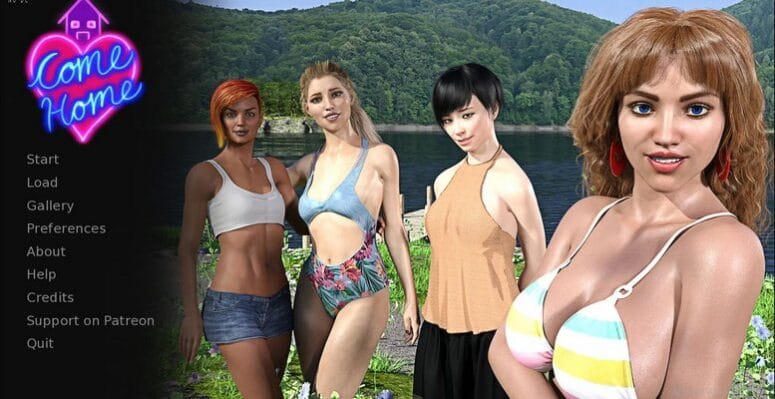 You return home to help find your father , while also negotiating relationships with the many other people in your life. You are waiting twenty optional love interests each with their own personal stories, along with an overarching mystery…

CHANGES/FIXES in Come Home
– Completely replaced the help menu and integrated it with the gallery. Now you can see exactly which scenes you are missing and know how to unlock them, or replay them.
– Added an option to turn character’s storylines on and off to make it easier to avoid characters you’re not interested in, or just focus specific characters at a time.
– Added new poses for Lisa while talking to her on the couch or in the dining room.
– Added new poses for Dana when talking to her at her desk.
– Added the option to have conversations with Tammy while she’s working at Java Lava.
– Re-rendered many older portraits to better match the current look.
– Re-rendered many older images, including all of Gertrude’s office, all English Class images, all Dana desk images, and all of Mrs. Mills office images.
– Added the option to change custom nicknames for Lisa, Suzy, and Kendra.
– Added the option to chat with Juliana while she’s working at the Skyhill cafe.