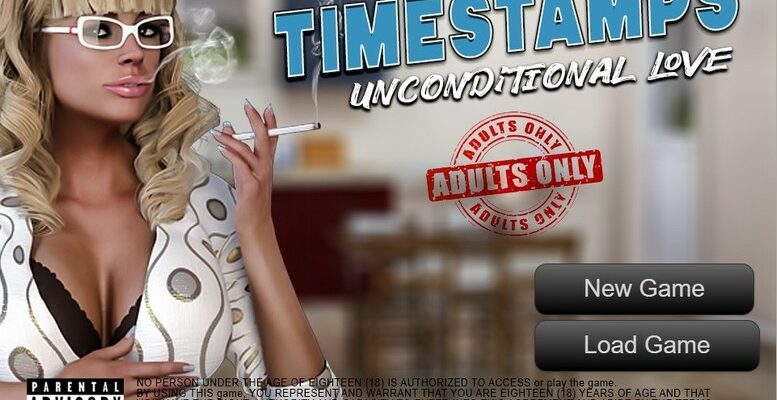 You’re a college student who’s lustful desires have caused you to make horrible mistakes. Your life is a mess and it doesn’t seem worth living… But lucky for you your best friend has found a way to manipulate time… You have the chance to go back and fix some of your mistakes…. Will you correct the things in the past to make your life better or will you make it worse. You can make new decisions follow new paths try to get everything you desire or you just might continue to fuck things up… The only good thing is time is on your side. There are so many paths to follow… Will you help them make the good choices??

PATCH NOTES FOR P1:
* Fixed getting stuck at Night 8->Morning 9 if not peeking Juli & John
* Change name button in options is now back!
* Missing replay from Day 1 Juli bathroom is now back
* Main Menu Music changed
* Some wrong click messages are fixed
* Several fixes dialogue typos and misconfigurations.
* Fixed issue causing fade text to sometimes miss the first letter.
* Derick is now added to translation mapping for translators.
* Camera is no longer available to pick up in Day 3 Repeat / GHD
* Corrections to some pathing being wrong based on choices.

P1 Fixes: Fixed one gamebreaking bug that caused exceptional chaos and dispair on pretty much all content prior to 0.5.3.
Fixed some typo’s.

————–
General 0.5.3 release stuff:
Bunch of new renders, animations, story expansion
Plenty of sexy time and some pretty damn steamy animations.
Also fixed some past dialogue issues.
See if you can catch all the references!

Most of the engine changes you can’t see cause they are under the hood,
But some stuff you can see is
– (PE version): choose your favorite main menu anim from the settings
– For those with potato pc’s you can also now disable the animated main menu animation…
– Pointy arrow at selected language
– translation support of replay menu
– translation support of the new characters, and those that were missed in last release
– improved the phone messaging system to allow some new cool stuff to happen
– improved dialogue flow after animation finished playing
– added animation support in phone message system
– improved the nika sleep and no sleep in her room, it was not working so well before. specially on GHD
– other stuff and things with the dialogue system to make it easier to keep track of paths
– if someone is still reading this i am surprised.
– oh yeah and I made these patch notes like this to see if it makes any difference for people
– you see not everyone reads them anyway, is that patch note inception? who knows. ¯\_(ツ)_/¯
– Thank you for supporting our project and playing our game, we love what we do, I hope you do too. <3

– Known issues: You now permanently have another phone on your bedside table until the next version update… wops.
– Enjoy!

TOOLTIPS ON DOORS! (Translated)
SKIP while holding LEFT SHIFT in dialogue! (New hotkey!)
REPLAY MENU Revamp! Now you can see what is locked behind other paths or still unlocked.
Save/Load menu improvements, performance on deleting and renaming saves.
Slowed down auto-mode from 1 sec to 2.5 sec.
Improvements and bugfixes to Auto-mode.
Animation system has been improved a bit on how to continue dialogue after animation is done.
Performance improvements to CPU usage * Quality settings set to max, VSync enabled. * Game is now framecapped to 60 FPS
Less RAM usage!
If you do not have the right Windows update on PC to play the game, it will now tell you and offer to install it. MAC
Enlarged cursor bug fixed BUGFIXES
Molly Backdoor scene now viewable again from replay menu.
Corrected the cause of stuck Night 2 properly, reversed last bandaid fix which also caused some more bugs
Corrected bugs where you could get stuck and had to use last choice to continue (Shopping GHD)
Finishing an animation that was not looped would not update the next picture properly. Now it does.
Replay system, loading a game while in a replay could potentially cause problems, never reported, fixed anyway.
Replay system, music didnt stop after stopping replay. Fixed now.
Also did multiple text improvements * Updated “SFX” label in settings menu, the size was too small before.

Chengelog v0.5.1PE P1:
– Fixed getting stuck on night 2 when trying to peek Juli and John and couldn’t leave the room. – Fixed getting stuck on day 6 saying you need to go to bacon for some people playing a particular path – for those having black/white screen issues when loading or trying to start new game: please install the 32 bit update (very important) of https://www.microsoft.com/en-us/download/details.aspx?id=52685

+ Note
This games can collect and send anonymous user statistics over internet to Unity if you allow it through the firewall. This is only to help the developers see how many people are playing, if you don’t like it you can block it via firewall!