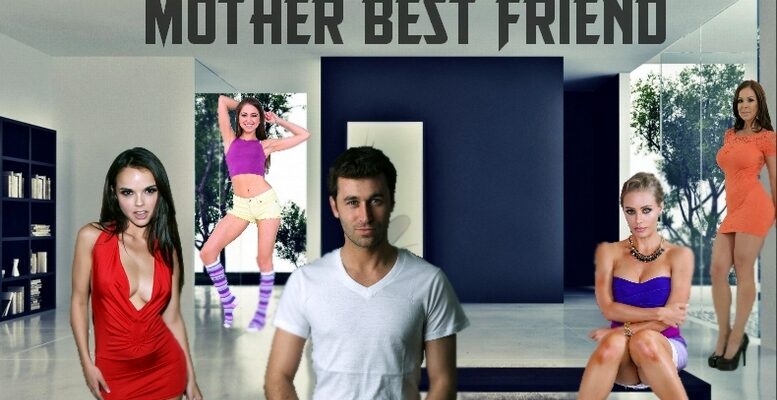 + Changelogs
v0.16
– 43 new scenes, 10 of them are repeatable
– New scenes with Svetlana (M)
– New scenes with Angelina (S)
– New scenes with Elvira
– New scenes with Karina (Elvira’s D)
– Several group scenes between them
– Find the button with the quest sign image in the «Character» menu and click it. Now you can enjoy new content and not waste time playing from the beginning.
– Starting from version 0.16, you will not have to constantly look for the walkthrough of the game. Now it’s enough just to be attentive and read the last dialogue in each scene. That’s where you can find out the next steps, as well as the place and time where it is necessary to be to continue the story.

v0.13:
Combat system with which the main character will fight with his opponents to protect his mother and sisters
16 new scenes with the main character’s mom (the scene opens in case you lose the fight)
5 new scenes with your younger sister (scene opens if you lose a fight)
3 new scenes with your older sister (scene opens if you lose a fight
group scenes for each of the above characters and Jamal’s gang
first three endings for mom, sisters and main character
If you don’t want to re-play the game, just go to the Character – Cheats section and click on the icon with the event. This will allow you to move right away to passing new content but can ruin your current progress. So it’s best to do this without loading your old save. Once you’ve clicked on the icon, you should come to the gym by 10:00 and start a new quest.

+ Cheats
Just click on characters and find cheats and activate it in Mother’s Best Friend.