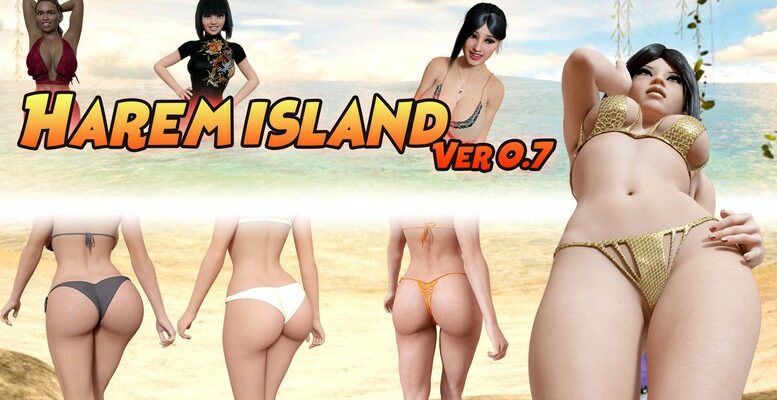 You’re crashing on an island, you were a lot to survive but it seems this island is unknown and contains many dangerous species… more weird, it seems creatures are focused on attacking males only… It will contain a big variety of characters, and some Fantasy race such as fairies elves, orcs…

+ Changelogs
v1.0a
A patron reported that the Berza button wasn’t opening her dialogue ^^ now it should work.

v0.8a
Dev aspect: Changing some animation names, changing a line on battle system, Adding few lines when loading the Game, Changing soem quest descriptions.
So here is your bugs that should have been fixed:
Momo’s battle was bugged
Some quests was still ???, it was the case when you loaded a game from 0.7e
Some quests didn’t trigger, it was because there were another a requirement, I’ve added it into their descriptions.
Many weird things in the battle. (Orgasms were 100% 300% 500% etc.. instead of 100% 200% 300%… and many focus animations).

v0.7e:
Same content as 0.7d for patrons
I’ve fixed some background problems that wasn’t shown properly.
I’ve fixed the order of the quests’s trigger
I’ve played it entirely and triggered all quests so it should be okay x)

v0.7:
Okaa-Sama, Momo, Sophie, Miki have many new events each.
Better guidance quest panel.
Paradise quest, involving Okaa-Sama,Momo,Sophie,Miki & a new character.
Once these 4 girls loves you you can ask for sex just by talking to them.
“Wait” button to pass the time instead of having to hunt.
I didn’t counted how many new animations there are, but there are a LOT.