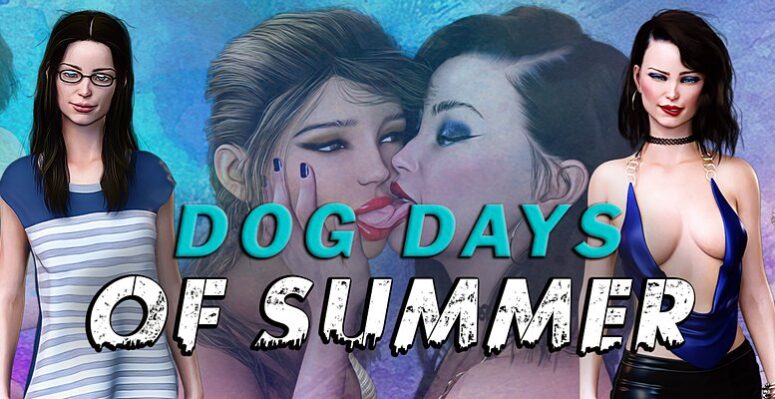 fixes:
Changed many of the pngs to jpegs to reduce the game size. Quality should remain close to original.

Fixed if you were romancing Des but also being trained by Harper to be a Dom, Vivian would automatically enter into Domming
Des even though the player hadn’t chosen to do so.

New Character Sprites for Malina and Vivian have been added as part of the redesign. Other minor tweaks and fixes

v0.5.3
Movie date with Des. Dom and normal sex scene variants depending on your relationship with her.
fixed a few bugs and other minor fixes.

v0.5.2
Based on your choices Des will either be happy or depressed. This is right now only the depressed portion, the happy portion coming soon. It’s still a little rough so you might want to not make a new save after playing this and wait for the next update.

v0.5.1
Added video chat scene with mom if in a threeway with her and Evaline. Added a scene with the Aunt if you moved out of the house after the party. Added a reconciliation scene with Evaline if her and Des got into a fight at the party (not finished) Added new harper content if being blackmailed or submissive some other scenes on various paths

fixes:
A lot of bug fixes. made it so you can always buy des flowers if you two fought before the artroom

fixes:
went back and fixed Rebecca’s name so it is now spelled right.
fixed a few issues of images not showing up properly in
went through and fixed a lot incorrect text depending on certain choices. (Any text that is wrong at this point should just be flavor and shouldn’t effect your game.)
lot of spelling fixes.

fixes:
several spelling corrections.
fixed some continuity issues in dialog
fixed some images not showing up

v0.4.4
– Mom date is implemented. “Not sure I like the latter half so I might change it in the future.”
– returning home when Evaline is living with you is now complete.

Dog Days of Summer Fixes:
– Forgot to actually implement some of the images that I had added in the last update. So there are some new images now sprinkled through the game.
– Fixed a few switches that were improperly implemented. Probably won’t affect your game as it should have just been mostly text and no decisions at this point but there is no harm in making a new game.

v0.4.3
content:
continued but didn’t finish the party if Evaline is living with you. (it’s there but really buggy still and will break your game in the funniest of ways so I cut it short.)
updated the scene with Des drugged. Added some new images to keep the scene from being too stagnate.
added some images when agreeing to go on a date with mom.
continuation if you went home with Des(short show sex scene)
an intro to the date with mom

fixes:
bug when talking to your mom after the party where the scene from the hotel starts to play.
a dialog correction when talking to Tara at the Salon when Evaline is living with you.
Some other hold overs from the last update, as well as some that I found while playtesting it this time through.
some grammar fixes as always.

v0.4.2
Des sex scene
Des bathroom scene
Eva sex scene going to party with Des
mom after party
mom after not go to party
Fixes –
Add naming save slots- implemented (though I am still tinkering with it so it may change in the future)
Reworked some of the sub path. Made it so now if you are being blackmailed and chose to lick Harper’s pussy you will now be considered of the sub mindset. Also fixed a bug in the Harper teach path where the switch was not set properly. My bad. I suggest starting a new game if you want more sub content.
Hall of Fame at the end of the game. This is just a special thank you to all my $15 backers or people who have contributed a lot of money or other form of support to the game. Don’t worry. Once your name is in the Hall of Fame there is no getting out of it.

v0.4.0
Added the hotel scene with the mom
Changed the music for the sex scenes
A lot of grammar and spelling fixes. Thank you Schnuup

v0.4.0 Preview
Finished the scene between the mom and Evaline if she is living at home and you did not go to the party.
There is also a small introduction to the party when going with the mom to the party.

Dog Days of Summer fixes:
The game should now end properly at all points. (if not please let me know)
some grammatical fixes.
Update Monday v0.4 preview
Hello everyone. So this is just a little update. I am not going have the party finished by next Monday so instead here is a little preview to help tied you over. My hope is to have .4 done in about 2 weeks.
I am making this preview free to everyone however the update will be the normal one dollar and up.

v0.3.8
added scene after meeting with Rebeca.
finished scene in the bathroom
reworked the scenes with Evaline after leaving the VIP room.

fixes:
a lot of spelling and grammar through the entire game
fixed a lot of image bugs either not displaying or not going away
several back end bugs

v0.3.8 Beta
added party content with Des
this also includes if Evaline is going or if she is not.
party includes 2 different threeway sex scenes
alternative regular sex scene
lots of making out
other sex scenes not involving Vivian.

Dog Days of Summer fixes
went back and reworked a lot of the back end content for the game. any saves before 3.8(Preview) will most likely be broken. Should be the only time this ever happens.
fixed several wrong dialog so should be consistent with your choices.

v0.3.8 Preview hotfix
The only new content here is if you didn’t go to the party. Where you will come home and ‘talk’ with your mom. And because of the back end work this version will probably break your saves. So you will have to start a new game

v0.35
fixes:
earlier dialog lamenting about going to the party even if you lied about it.
dialog with Tara referring to Des being with you when with your mom.
several switches that weren’t set right. – If you can load back up to entering Ms. Harper’s office. That should fix all of them. Otherwise you will probably need to start a new game.

v0.3
added:
music
a morning scene after spending the night with Evaline that I forgot to add previously.
added a short scene if you either tell Ms. Harper off or are able to bluff your way out of her blackmailing you.

v0.3 Beta
Same as the last 0.3 version only now in renpy instead of Visual Novel Maker

0.3 Full
Fixes:
A lot of dead ends. (Sorry about that.)
The night out with Des should now activate properly.
Several Grammatical mistakes.

Content:
Added music and sound effects.
Added a night out with mom if you do not go out with Evaline or Desiree/two variants of the scene. (Didn’t like how it just jumped if you did not do either.)

Fixes:
The quit button now works on the tittle screen.
Normalized some of the sound effects to they are more even with the rest of the sounds.
More grammatical fixes.
Several back end variables that were not being calculated correctly are now fixed. (Recommended you load from the second morning to make sure they are all counted.)
Auto saves now save in slot 1 instead of 14.

v0.2a
fixes:
Fixed the long load times between some of the scenes.(should also fix any crashes it was causing.)
The game now auto saves before a choice.
Fixed several dead choices. All choices should now work.(this will unlock some additional scenes.)
Fixed a CG not appearing when Tara kisses Vivian.
Fixed several spelling mistakes along with other grammatical reworks.
Fixed Evaline’s name showing Eviline.