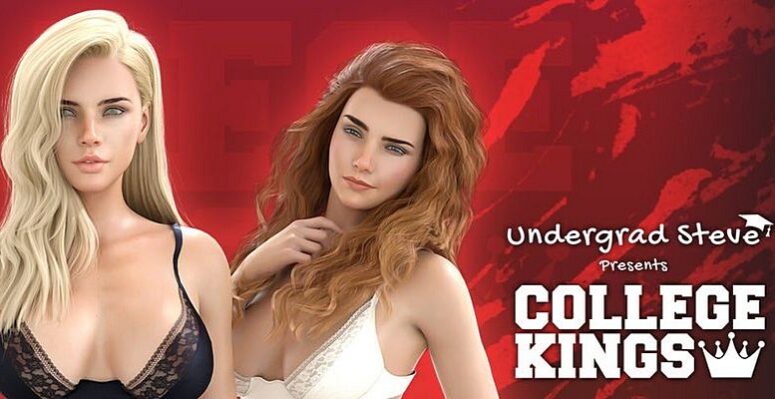 Detective System:
Fixed crash due to detective clues duplicating themselves

NOTE: Due to the major Ren’Py and Python update there may be unknown bugs that slipped through our testing suite. If you encounter any issues please create a Discord support ticket: Discord or a GitHub issue: Github and we will push patches as these are identified and resolved.

Compatibility:
• Fixed mc’s frat being changed to Apes when loading a CK1 save

Path Builder:
• Fixed tracker being cleared when loading a Path Builder save

Other Changes:
• Fixed missing image error on the end screen
• Fixed Lauren skipping over the mc’s present opening during the Halloween party

Other:
Handle rare instances of contact object throwing an error
Explicitly handle NPC after_load data
Numerous adjustments to CK2 Act1 in preparation for Episode 1 update later this month
Removed voice acting, in accordance with Patreon poll and community feedback
Fixed an issue where loading a save would result in MC’s name being changed to Emily

We’re excited to release 15.1.0, which brings some new features and a ton of bug fixes to Act IV Part 2.

As you know, Act IV Part 2 early access came with a few bugs, the most significant ones being some saves breaking and relationships with girls resetting.

Our goal with 15.1.0 was to not only fix those bugs, but to ensure that you guys don’t have to replay the entire game from the start just because we messed up. That’s why we’re proud to introduce advanced path builder settings.

Path Builder UI Update & Advanced Settings
You can now use the path builder to accurately recreate your lost Act IV saves. Not only can you choose relationships, but you also get to decide a lot of extras in the advanced settings that ensure you won’t be locked out of things like completing Imre’s checklist for example. You also have the option to start directly in part 2, or to enhance your gameplay by showing KCT point changes or the girls’ preferred KCTs.

Relationship Screen
There is now a relationship app that opens up the relationship screen. This was a suggestion on our discord server that we loved. Many of you had issues, especially after the relationship bug, to find out who you’re smushing in what save. The relationship screen makes this super easy. Beware that girls only unlock once you’ve talked to them. So if you load a save from before the introduction of this screen, you might have to talk each girl once before finding out your relationship status. This is so that girls aren’t shown on there before you’ve met them.

– Adds some extra renders that we didn’t have time to add beforehand, improves story flow with some new conditions
– Adds a save compatibility system to warn people of incompatible saves and fixes more engine related bugs

General Improvements:
* Changed a lot of the code, including revamping the entire phone code to enable a better foundation for the future

Story:
* Sex scene was made optional, with your choice having a lasting impact on the story.
* Getting Evelyn’s number was made more difficult to enhance realism
*Slightly altered some of Lauren’s dialogue

General Improvements:
* Fixed a lot of spelling and grammatical errors (Special thanks to Storm for the detailed list)

v0.3
New content:
* Progressing the main story (Chloe, Lauren, Riley, Aubrey, Emily, Imre, Ryan, etc.)
* First real (non-dream) animated sex scene
* Optional side stories
* Second chances with girls you might have missed in the past
* Added date arc with Lauren (if you managed to get the date)

Bug Fixes:
* Resolved an issue that caused the game to crash due to variables not being defined
* Fixed missing / wrong images

Gameplay:
* All keybindings for fights can now be changed to any key. (Q,W,R)
* Fights now have an option to automatically win when simulating

Gameplay:
* Real Life Mode: An optional mode that disables saving the game during choices to give you a more immersive and realistic experience where every choice matters.
* Meaningful choices: Lots of modular paths added. Many of the new choices will now permanently alter the game
* Key Character Trait Influence: Your KCT will now have a significant impact on how other character’s make decisions about you. Different characters prefer different KCTs (Loyal, Popular & Confident)
* Option to simulate fights so that you can watch the fight without having to play them

Bug Fixes:
* Resolved an issue that caused the game to crash due to variables not being defined