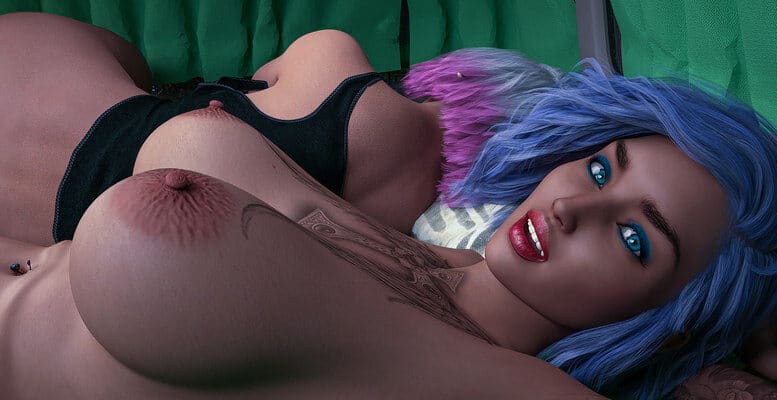 Years have passed. Things have changed. After a surprising call from your twin sister, you decide to head home to see what the hell is going on. And you certainly didn’t expect that.​.. 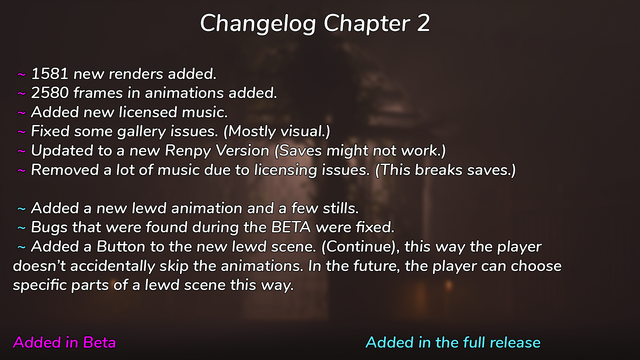 v0.1 Reworked
A new beggining. You can completely forget about the old chapters.
750 renders added
14000 renders in animations added
17 licensed music and sound effects in Where It All Began

v0.6 Beta
– Added Around 1000 still renders.
– 25+ animations (~ 1400 renders)
– 2 Cinematics (~ 3150 renders)
– 31.000+ words added.
– Custom GUI added. (Work in Progress. It will be overhauled with the rework.)
– Small intro added (Will also be overhauled with the rework.)
– 3 Custom galleries added with custom galleries for each girl.
– 30+ animated transitions added.
– Ability to name ‘Save-Files’ added.
– You can now choose the girl you want to spent the night on the camping trip.
– Complete rework of Leia, Abigail, Helen, Scarlet, Katarina, Ronda, Katie, Melinda, etc.
– 1 Advanced Fetish route added to Katie’s route
– New main-menu background music (Vesky – Regret.)
– Default name for the MC added. (William)
The walkthrough is reluctant because of the upcoming rework of the first 4-5 versions. Use the old one.
With the rework, Chapter 6 will get a WT.

0.5 Full release Where It All Began
It’s been over a week since the game got out. I’ve collected and fixed all the more or less game-breaking bugs.
– All variables should work now.
– Missing images removed or replaced.
– A brand new Options.rpy. (If your game crashes now, it’s not my fault, it’s your potato.)
– A walkthrough mistake got removed.
– Added a new choice to Katie’s route. (You weren’t able to pleasure her if you declined Leias date.)
And please load a save from before the major prison scene in 0.4. Just to make sure it works.
In 0.6, saves from the end of 0.5 will work. I learned one or two things in the past few days.
If there are any more bugs, please report them to me.