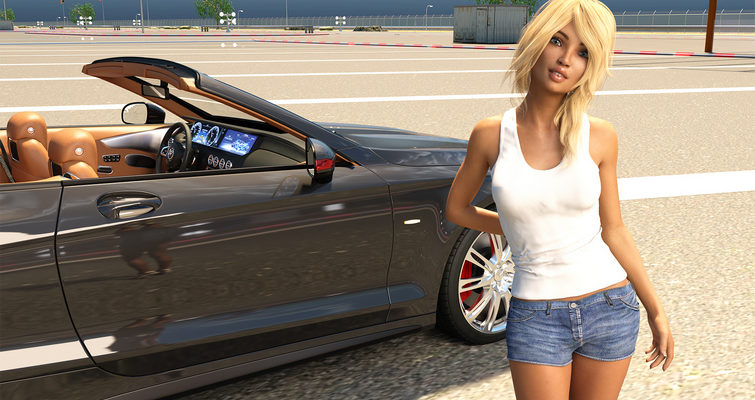 Guy lives a life with few worries, till his best friend asks to allow his daughter to live with him while in school…

+ Changelogs
v1.0
Well, it’s done.
The story is finished.
We’d like to thank you all for your support and patience. Without you, it wouldn’t have been done.
We hope you enjoyed our story, and that it was worth it.
At some point we will do one more patch with grammar and spelling fixes. Once they are all reported. But the story is done.
Android version will be released a little later.

v0.70
A little shorter than the last update. But counting animations that was huge. Over 350 renders.
But we did manage to get everything in.
The last three decision in the game are included. They’re not all available in each different path, and most are made available by previous choices.
All that’s left are the epilogues.
Those will be a little substantial, since every char has is own ending depending on choices you made in the game, and there are a lot of permutations.

v0.55
Encountered some quite serious last minute coding problems. But we think they’re fixed now.
Except for the android port, where we had to reach out for help. Apparently android is starting to freak out due to the total number of pics. That will take a couple of more days to be ready.

v0.40
It’s finally here.
The update, and our first animation, I mean.
There was no reduction in size do to this animation. But it was a very small animation in size. Baby steps.
All in all it’s 208 renders.
That’s more or less it. Don’t want to spoil anyone.
We hope you like it.