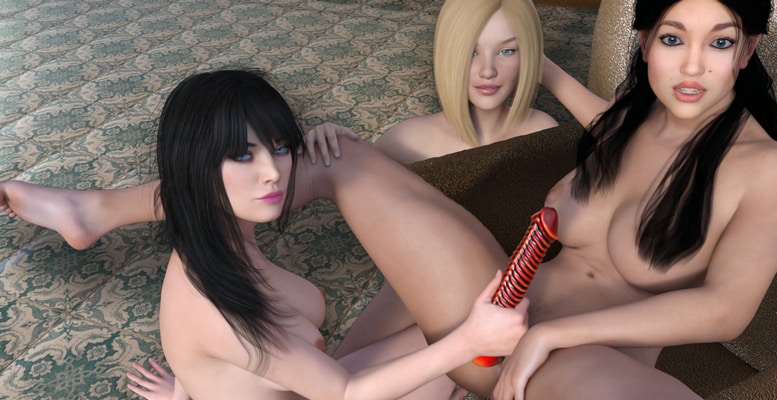 “View of family” is a pov, rpg game with some kind of open world… in perspective. A lot of quests will allow you to put yourself in this incredible adventures.
You’ll assume the role of a ordinary 21 year guy… who lives a normal life and working as tutor.
He lives with his sister Nicole and his mother Emily. Help him to seduce all women in this game!

v0.1.1
I really wanted to finish this version before the end of this month. So that I could return next month. So I still have some unused render. I hope that this handicap will make me to finally combine my work and game. And i can make the next version more massive.

In this version, mostly changes in old scenes and new repetitive non-plot scenes. The plot moved only with Mia (First and second sex). My advice is to start a new save toa void all bugs. Those who do not want to do this should go to the main hero’s room and then go to bed … So at least you can play.

Two animated scenes with Mom in the kitchen. Which were in the betta.
Mia’s repetitive scene with conversations and kisses (Like other recurring scenes.) in school, kitchen and beach. Also on the beach there will be a story scene with Mia and Vika. And two story scenes (Lessons) with Mia in her room.
Vika( Mia’s friend.). Scene of acquaintance with her and a conversation scene.
Elsa is also available at school. The scene in the bar is updated and a new story scene with her is in the game.
There will also be a new location where will be held quest with Elsa.

v0.0.5
-A scene with a new character. Find her at the bar.
-Start Mia’s questline (You need to raise the level of relationships with her to 10).
-Continuation of my mother’s story. (Don’t forget to use the tab with the tasks that are in the phone. Each character has his own.)
-Also I advise starting from the beginning to avoid bugs.

v0.0.4
-In this version finally added an open world. Available locations: House, University, Bar, Beach. Of course, there will be more of them in future updates.
-Added smartphone. In future updates, the smartphone plays an important role.
-Second sister Miya is added. And a small introductory quest with her participation (Catch the quest in her room.)
-Started the mother’s main quest, consisting of several parts (you will have to run around the locations). To start the quest, find mother at the University.
5. Nicole in this version is almost not involved, except for several non-plot events.

v0.0.1b
-The scene in the kitchen is changed.
-Fixed typographical errors.
-Temporary map of the city.