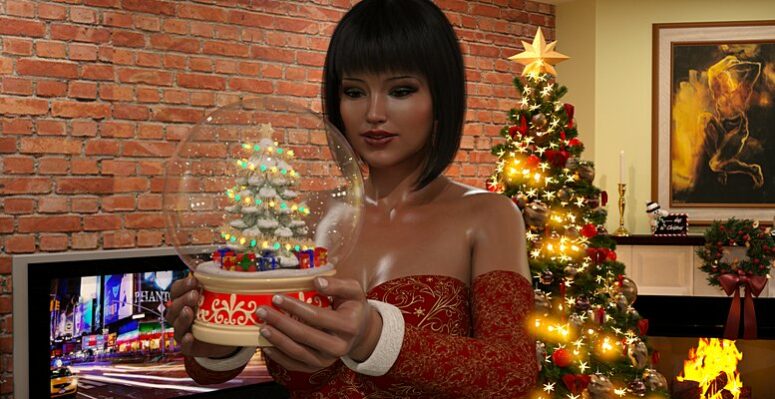 In “Lily of the Valley” adult game our main goal was to depict the life of a recently married couple. You will be playing the role of “Lily” and making decisions about the course her life will take…

v1.6
added day 27 as well as finished scene on day 26
Note ALL new content is only present if Nick Caught Lily and Fred in Lily of the Valley.

V.1.4
Here it is peeps V.1.4. While you’re waiting for the download to complete, I’d like to say a few words about what’s in this update.
V.1.4 contains 5 scenes. Like the last time, we’ve played the update while measuring time on the stopwatch. RPG maker time was not counted. These are the results:

All this means that V.1.4 contains 134 renders, 10 animations (132 CGs), 76778 text characters, and 1 hour and 34 minutes of gameplay.
Anyhow, we really think you will be very satisfied with the content in this one. Please give us your opinions in the comments bellow.

Thank you so very much for your support, you wonderful people. I would like to wish you a Merry Christmas, and a Happy New Year. In 2020 we will launch something very special, something we’ve been secretly working on and preparing for a long time now.

V.1.3 consists of 5 scenes. We’ve played the update and timed it with a stopwatch. Note: I was reading the text at normal speed, considering the fact that I know it by heart it will probably take you longer. Also, we’d turn the stopwatch on when the scene began and stop it when it ended. RPG maker time was not counted.
These are the results.
Hudson – 5 minutes 10 renders.
Antonio – 17 minutes 25 renders.
Pool guy – 18 minutes 31 renders, two animations.
Cabin in the woods – 7 minutes, 13 renders, one animation.
Tavern – 33 minutes 60 renders, two animations in Lily of the Valley.
Which means that V.1.3 is made of 139 renders, 5 animations, and 1 hour and 20 minutes of gameplay.

v1.2
1) Library boy scene – to trigger this you need to get to a point where your need to study more…
2) Butt “plugging” with Lola (if you choose to let Lola help Lily…)
3) Butt “plugging” at the hotel (If you didn’t let Lola help Lily)
3) Working as maid at the hotel (2 branches)
4) Getting “help” from Fred
There are a few non sex scenes as well to build up before the sex scenes but they will come naturally when you play.