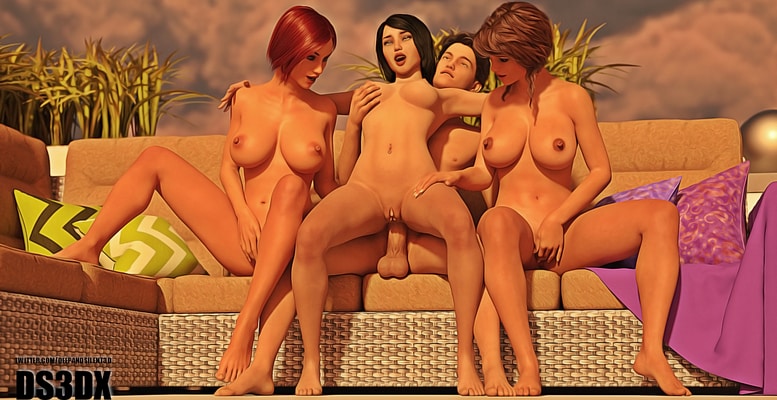 A young guy alone in an unfamiliar city, living in a house with three attractive women. It seems that this fact can lead to a very interesting progress…

v.0.4
Of course, more renders.
Of course, more dialogs.
Grind again reduced.
Russian localization extended, now it has the state of German localization.
Added simple chat scenes with Alice, when she prepares dinner.
Added complette morning incident scene with Max.
Added chat scene with Anna, after morning incident.
Added chat scene with Liza, after morning incident.
Added shower and fun scenes for Max at 18:00.
Added scenes, where Max gets caught peeking in the bathroom.
Extended dinner scene, for initiating the punishment of Liza.
Added morning punishment scenes for Max (they will be extended in the next version).
Added morning punishment scenes for Liza (they will be extended in the next version).
Added placeholder morning punishment scenes for Alice (they will be completted and extended in the next version).
Added scenes, where Alice smokes and gets caught by Max.
Added simple hint system attempt. Hints and initiation for some events will be given, when Max thinks about life in the house on the balcony in the morning or evening.
Expand scenes, where Anna and Max watch TV together.
Temporaly remove choice text highlighting by mouseover, because buggy.
Some little changes, that I have forgotten.